The American Bar Association House of Delegates (HOD) rejected Monday (Jan. 28) a major change in the bar passage standard for U.S. law schools, sending back to its originator a proposal that would require 75 percent of a law school’s graduates who sit for the bar pass it within two years. 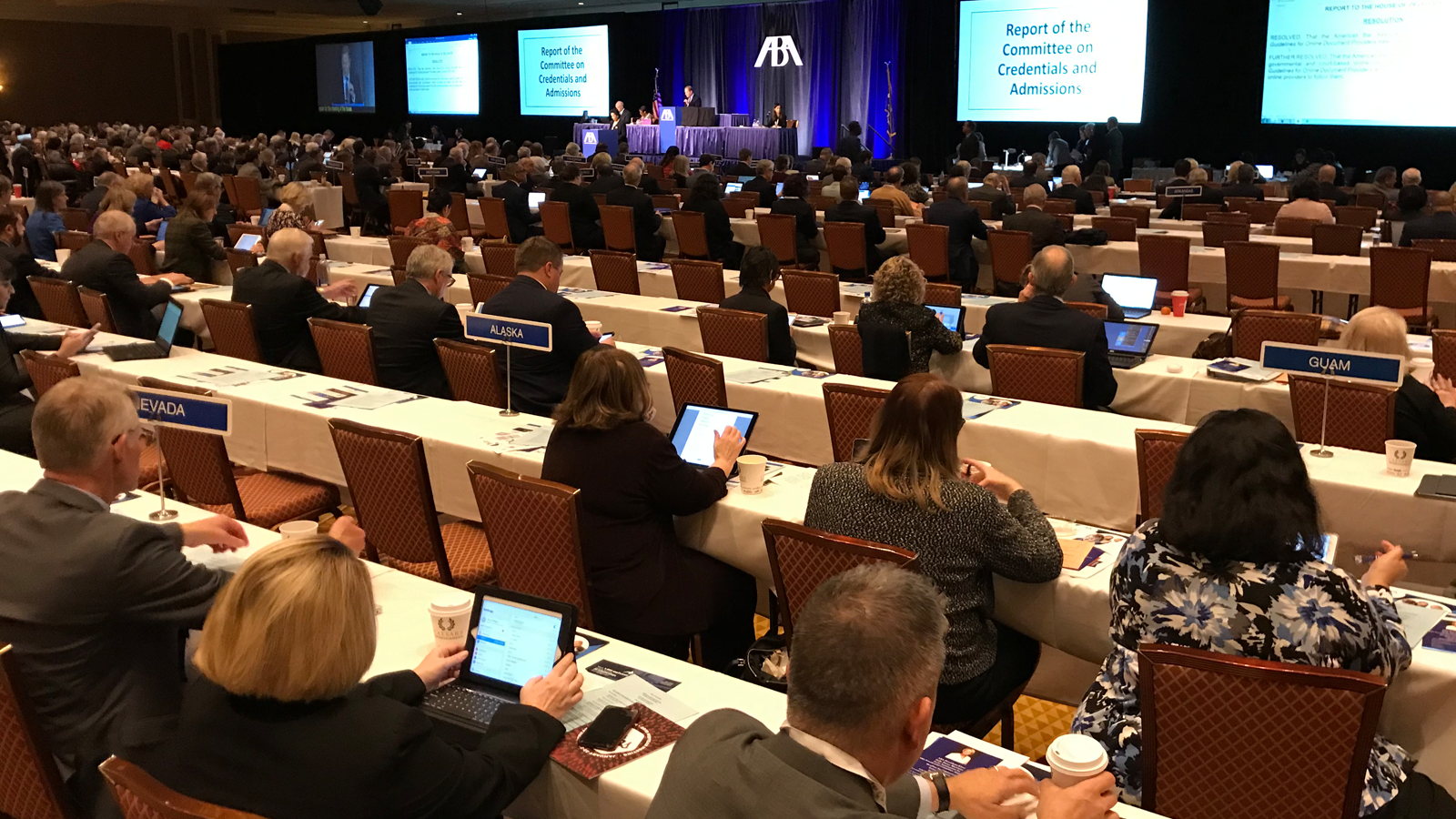 The HOD, the ABA’s policy-making body which met on the final day of the ABA Midyear Meeting in Las Vegas, voted 88-334 against Resolution 105 after a spirited debate in which six people spoke for each side. The proposed change now returns to the Council of the ABA Section of Legal Education and Admissions to the Bar, which also unsuccessfully offered the proposal to the House two years ago.

Barry Currier, managing director for the ABA law school accreditation process, said afterward that under ABA rules and procedures the council now could abandon the effort to revise the standard; propose a different revision; or reaffirm and implement the changes. The council, which is the entity recognized by the U.S. Department of Education to accredit the nation’s 203 ABA-approved law schools, meets again Feb. 21-23 in California.

“The council understands this is a complex matter,” Currier said of the bar passage proposal, affecting Standard 316 of the ABA Standards and Rules of Procedure for the Approval of Law Schools. He added the council “will consider a report on the concerns of the House of Delegates before making any final decision.”

The resolution topped a full agenda of about 30 resolutions, which included matters of gun safety, immigration and a range of more focused law practice related proposals, such as the “fair use” doctrine of copyright law.

The rejection of Standard 316 by the HOD was not unexpected as ABA diversity groups and the Young Lawyers Division, among others, aggressively lobbied against it. After the HOD rejected a similar change in 2017, the council collected and analyzed data showing that nearly 9 of 10 law graduates in 2015 who sat for the bar passed it.

Proponents argued that the data showed the effect on schools would be minimal. Opponents countered that a thorough study should have been undertaken, dismissing the findings of the data analysis.

The council’s intent was to simplify a bar passage standard that has an ultimate bar passage rate that has proven unworkable as an accrediting tool. “In effect, we have no enforceable standard at all,” Rebecca Birch, a former council chair and retired chief justice of the Arizona Supreme Court, said of bar passage Standard 316.

Paulette Brown, a former ABA president and the first African-American woman to hold that position, said the resolution would further complicate efforts to make the legal profession more diverse. She cautioned the change would hurt schools with heavy minority student bodies and the HOD should send a “clear and strong message that we will not idly stand by while they decimate the diversity in the legal profession.”

The HOD also passed Resolution 106A that puts put the ABA on record as opposing laws that authorize teachers, principals or other non-security school personnel to possess a firearm in or nearby a pre-K through high school. The new policy also urges banning public funds for firearms training for teachers, principals or other non-security personnel or for firearm purchases for those individuals.

It also approved two resolutions stemming from recent news. Resolution 10B condemns the shutdowns of the federal government for impairing the legal system, and Resolution 10C opposes both the withholding of congressionally appropriated funds for disaster relief and recovery and diverting these funds for other purposes.

Other approved resolutions include:

All actions on the proposed resolutions here.