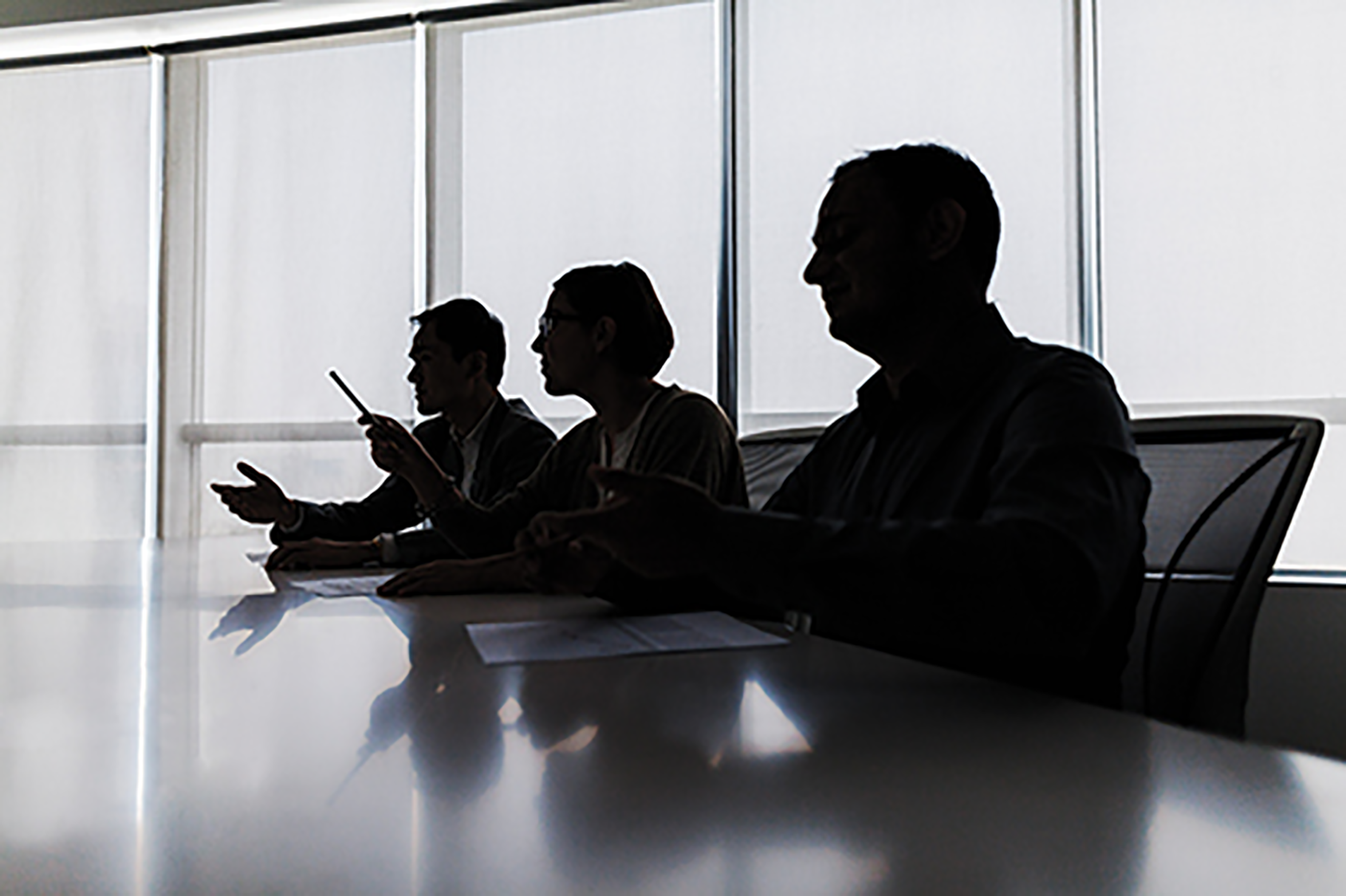 A few weeks ago, I received a call in chambers about a discovery dispute that had arisen during a deposition. Typically, deposition disputes concern the proper scope of questioning, attorney behavior (or misbehavior), speaking objections, witness coaching, or improper instructions not to answer. But this time was different. A dispute had arisen in the middle of a deposition of a corporate representative about whether the company had designated the proper witness to testify on the company’s behalf under Federal Rule of Civil Procedure 30(b)(6).

I don’t get such calls often, but I make myself available to litigants and take these calls when the need arises. It is usually a more efficient and cost-effective way to resolve a dispute that arises mid-deposition than suspending the deposition while the parties engage in motion practice. Besides, the advisory notes to the 2015 amendments to Rule 16 specifically recognize that courts have discretion to resolve discovery disputes by such informal means.

Federal Rule of Civil Procedure 30(a)(1) allows a party to depose “any person, including a party.” The deponent can be a natural person, a public or private corporation, a partnership, or a government agency. Rule 30(b)(6) provides the mechanism to take the deposition of a business entity by naming the entity as the deponent. The rule requires the deposition notice to identify “with reasonable particularity” specific topics on which the party wishes to examine the entity. The named organization must then “designate one or more officers, directors, or managing agents, or designate other persons who consent to testify on its behalf.”

The designated witness must be prepared to testify “as to matters known or reasonably available to the organization” regarding the topics described in the deposition notice. Depending on the number and nature of the identified topics, an entity may designate more than one representative to provide the necessary testimony on the company’s behalf. A 30(b)(6) designee may be asked questions outside the scope of the noticed deposition topics, but counsel for the corporation should clearly delineate when the witness is answering questions outside the scope of those topics by objecting that any answers to such questions are not binding on the entity.

In the case of my feuding parties, the defendant had prepared and presented a witness to testify on the topics identified in the plaintiff’s Rule 30(b)(6) deposition notice. After the deposition commenced, however, the plaintiff believed that the corporation had identified the wrong person as its 30(b)(6) designee. The plaintiff argued that there were other personnel at the company who had more personal knowledge of the deposition topics because they had been directly involved in managing the business groups that were at issue in the litigation. These individuals, counsel argued, were more knowledgeable on the deposition topics than the witness the defendant had designated to testify on the corporation’s behalf.

The plaintiff wanted the court to order additional depositions of persons with more personal knowledge of the topics to testify as 30(b)(6) corporate designees. Not surprisingly, the corporate defendant strongly opposed any effort to require it to present different witnesses to testify on its behalf. The dispute went to the heart of what Rule 30(b)(6) requires and highlighted an important aspect of the rule that parties sometimes do not fully appreciate, or just plain misunderstand.

Nothing in Rule 30(b)(6) requires an entity to designate as its witness the individual who is “most knowledgeable” about the noticed topics. In fact, a designee need not have any personal knowledge about the noticed topics at all. Rather, because it is the company’s knowledge and information that is memorialized under oath in the deposition, it is that entity’s duty to educate and prepare its witness to answer fully questions on the noticed topics with the information “known or reasonably available” to the company. The rule even specifically allows a business entity to designate “other persons who consent to testify on its behalf.” As a practical matter, sometimes the person with the “most knowledge” on the noticed topics is no longer employed by the company or may even be deceased.

When a witness designated by the corporation cannot answer questions on any of the topics specified in the deposition notice, the corporate party must identify a new witness. Moreover, as commonly happens, when the entity no longer employs anyone with knowledge about the designated topics, the entity nevertheless has a duty to prepare a representative using documents, information from former employees, or other sources such that the representative can adequately testify on the entity’s behalf. Most importantly, because it is the entity that is the deponent, the testimony of the Rule 30(b)(6) designee will be deemed admissions by the corporation, and the corporate party is bound by the positions taken by its Rule 30(b)(6) witness. While some courts will allow a corporate party to change a designee’s answer under the procedure in Rule 30(e), others will not allow a representative to materially alter the original answers.

Rule 30(b)(6) Designee Must be Prepared, Not Most Knowledgeable

Under Rule 30(b)(6), an entity must produce a person with knowledge whose testimony will be binding on the company. Thus, it is improper for a corporate party to designate a witness who is little more than the proverbial “potted plant.” This is someone who has no knowledge on the noticed topics, is not prepared to answer on behalf of the entity, repeatedly answers “I don’t know” on issues for which the designee should be prepared to testify, or, worse, gives misleading information. In such cases, the deposing party would have a legitimate (and possibly sanctionable) discovery abuse to bring to the court’s attention.

But the issue that led the parties to call me was not the scope of questioning or whether the designated witness was adequately prepared to testify on the topics in the deposition notice. The deposing party’s complaint was that other persons employed by the defendant had more direct personal knowledge and, on that basis, the court should order the depositions of those “more knowledgeable” individuals as the appropriate 30(b)(6) witnesses. That, however, is not what Rule 30(b)(6) requires.

Here, the deposing party’s objection was simply that the entity defendant had designated the wrong person. The plaintiff did not argue that the designee was unprepared or could not answer fully on the designated topics. It just wanted information from persons with more personal knowledge. But absent any indication of an abuse of the discovery process or the corporation’s failure to fulfill its duties in preparing its designee, there was no basis for the court to step in.

The corporate defendant had no obligation to present the witness with the most personal knowledge—or any personal knowledge. The plaintiff was free to notice depositions of those other persons in their individual capacity as percipient witnesses. But their testimony would be their own and not binding on the company. So the discovery call with the litigants was short and straightforward: The plaintiff had misunderstood the requirements of Rule 30(b)(6) and the deposition resumed.

As with most things, thoughtful and careful preparation by both parties makes all the difference. For the deposing party, when preparing to take a Rule 30(b)(6) deposition, read the rule carefully. Pay particular attention when drafting the description of the topics for the deposition notice. Early in the deposition, ask the designee what he or she did to prepare to testify on behalf of the corporation. Confirm that the designee is indeed prepared on each of the topics.

For the entity responding to a Rule 30(b)(6) deposition notice, read the rule carefully before identifying any designee. Thoroughly review the topics listed in the deposition notice. It is possible more than one witness may need to be prepared in order to provide testimony on all of the topics. Serve written objections to any topics that seem ambiguous or overly broad. If the company no longer employs anyone with knowledge on the given topics, assemble documents and other information to educate an appropriate witness.

For both sides, if you expect the deposition may become contentious, confirm beforehand whether your discovery judge will be available to talk with the parties during the deposition. Even then, more often than not, that quintessential British admonition will apply: “Keep calm and carry on.”