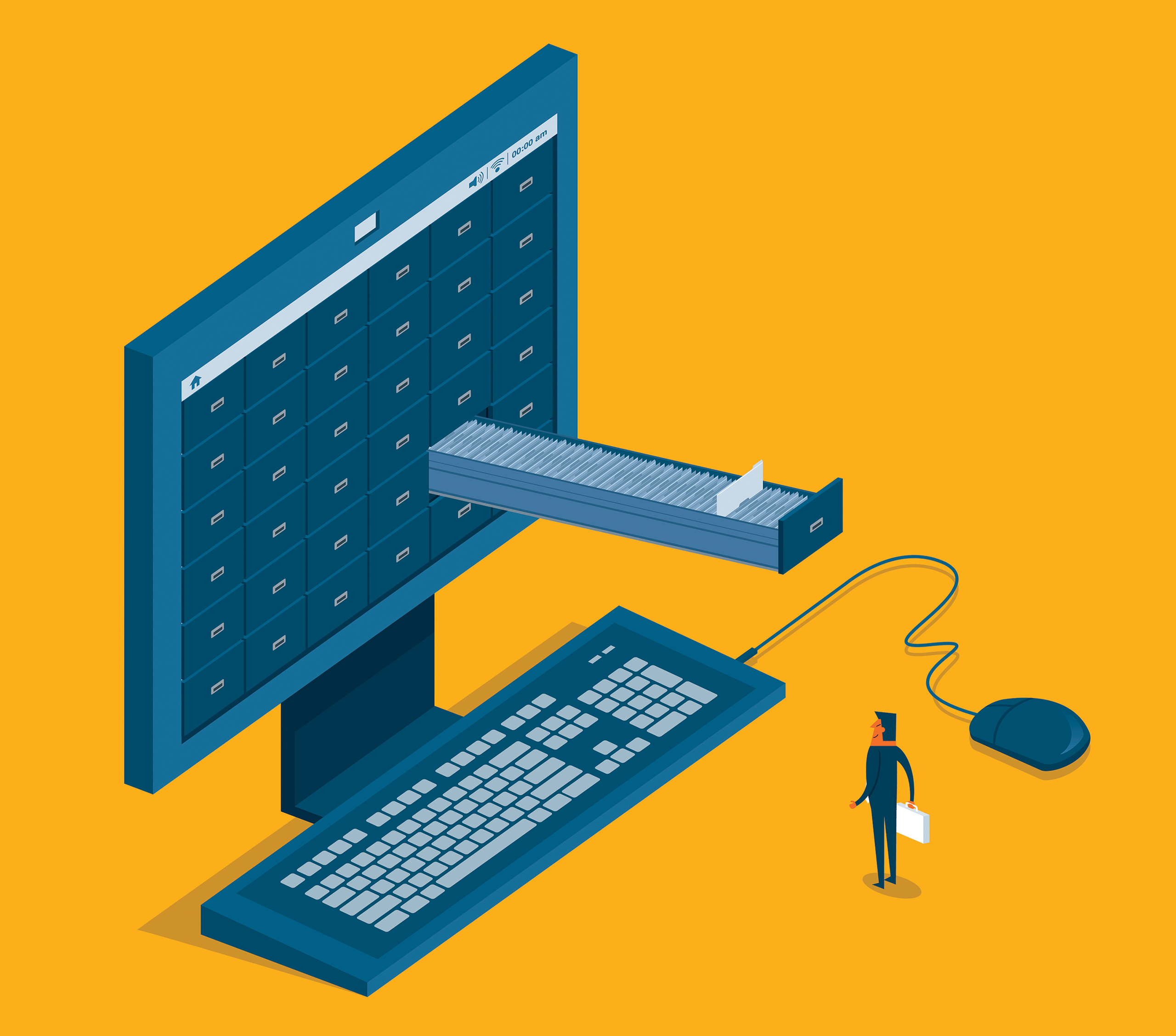 Discovery motions and informal pre-motion telephonic discovery conferences make up a significant part of my weekly calendar as a magistrate judge. The disputes I hear run the whole gamut of discovery problems—improper objections, failures to produce, failure to preserve electronic information, over-designation of confidential documents, overbroad scope of requests, and arbitrarily narrow timeframes selected by the producing party. Many of these disputes are resolved without motion practice after a telephonic conference with the parties. When they can't get resolved informally, discovery motions inevitably follow. These motions can morph into mountains of moving papers and tens of thousands of dollars in legal fees for clients. And that's even before any further production is ordered. Discovery motions are typically labor intensive for lawyers, time consuming for the court, expensive and bothersome for clients. There's one on my desk right now ready to be tackled.

Rarely do I see disputes about discovery requests that are just plain irrelevant, where the information sought has no reasonable relationship to the claims or defenses at issue in the case. Instead, the dispute is almost always about the appropriate scope of discovery. What are the appropriate limits of discovery given the issues at hand? How much is enough? What other responsive information must the other side produce? What happened to the rest of that key email string? Is it really privileged? Is the expense of further production justified based on the damages alleged? Are the disputed requests just a tactic to grind down the other side? Or will producing this information serve the ends of Rule 1, i.e., the just, speedy, and cost-effective resolution of the claims?

Fulsome discovery is an essential tool in any litigation. But discovery is not meant to be a "weapon." If not effectively managed, in this age of almost limitless electronic data, discovery can become the centerpiece of contentious collateral proceedings that threaten to dwarf the substantive litigation. Effective management is the responsibility of both the court and the litigants.

From the court's perspective, it can sometimes seem like a Solomonic task to weigh the parties' arguments and find the right balance in light of the generally broad principles of discovery. The amended Rule 26 is a year old now, and the proportionality factors give the court and the parties a powerful mechanism to objectively frame even the most fractious discovery disputes.

Since the December 1, 2015, amendment to Federal Rule of Civil Procedure 26 moved the concept of "proportionality" into the definition of the scope of discovery. The rule now provides that information is discoverable if it is not privileged, relevant to claims or defenses in the action and "proportional to the needs of the case." Fed. R. Civ. P. 26(b)(1). The concept of proportionality in discovery is not new. Before the 2015 amendments, a reference to proportionality was included in Rule 26(b)(2)(C). Now, it resides in Rule 26(b)(1) as part of the core definition of the scope of discovery. Moreover, Rule 26 lists six factors to be considered in evaluating proportionality:

With the explosion of electronically stored information (ESI) and the burgeoning cost of collecting, reviewing, and producing massive data sets in discovery, the focus on proportionality is, for many, a welcome change—an upgrade to the rules, if you will. The change is an acknowledgement of the challenges of discovery in the digital age. As a practical matter, however, does this new language really mean big changes for litigants and the court? It sure does.

First, the biggest change is that it is no longer sufficient to argue that information must be produced solely on the basis that it "is likely to lead to the discovery of admissible evidence." The proportionality amendment sets a higher, more pragmatic threshold for the permissible cope of discovery. For litigants this means that when developing a discovery plan under Rule 26(f), the parties have an obligation to discuss potential discovery issues, including ESI, and to identify upfront potential areas of dispute. For lawyers, it means sitting down with clients and their IT staff early in the case (for plaintiffs, this can mean even beforefiling the complaint) to gain an understanding of the client's information technology systems and becoming familiar with how data is created, stored, and retrieved.

Consider the Scope of Discovery

In the era of "big data," discovery costs can quickly spiral out of control. Even a seemingly straightforward two-party commercial lawsuit can become a financial behemoth, with discovery costs potentially outstripping the amount in controversy. This means, at the outset of the case, the parties must, at a minimum, discuss the scope of discovery; different types and formats of ESI; production formats (native format, .pdfs, etc.); and whether social media, text messages, and/or cell phone records will be sought. The changes require parties to focus on proportionality before the litigants make their initial disclosures and certainly before a party propounds its first discovery requests. In fact, the scope of anticipated discovery is one of the topics that the parties must consider at the Rule 26(f) early conference and address in their discovery plan under Rule 26(f)(3)(C).

Giving careful thought to the proportionality factors at the early stages of the case, and, especially when drafting discovery requests, can be key in preventing unnecessary discovery battles and winning the battles that do arise. When a genuine dispute about the appropriate scope of discovery emerges and a motion to compel is necessary, the proportionality language gives the court a powerful tool to evaluate the parties' arguments. Arguments, both for and against the requested production, that are soundly grounded in one or more of the Rule 26 factors will frame the issues more specifically. Such arguments, as a consequence, will be more persuasive.

In the year since the amendment, I have heard numerous arguments during informal discovery conferences and formal motion hearings where one party will recite the proportionality requirement in seeking (usually) to avoid production. But a talismanic recitation of proportionality alone is not enough. When I hear lawyers simply arguing "burden and expense" in broad generality, I am unconvinced. To win the argument—whether to compel production or avoid it—more is required. Both parties must make concrete showings as to Rule 26 factors. If you are opposing a discovery request and you contend that the information sought bears no reasonable relationship to the claims and defenses at issue, explain exactly why. If the costs of production will outstrip the amount in controversy, include an affidavit in support of the motion to compel (or opposition) detailing for the court the estimated costs and manpower involved. If information is relevant and necessary to your opponent's case and not available in another way, consider making an offer to compromise or offer an alternative means of providing the information. Show the court why any disparity in the parties' relative resources should weigh toward production or not. I want facts—not speculation—from both sides when resolving a motion to compel. Other courts do as well. As a Kentucky district court noted in Bentley v. Highlands Hospital, "[w]hile relevance is essential, a number of additional factors must also be considered."

The proportionality factors are especially important in cases involving social media or text messages, where massive amounts of data are created very rapidly. In Ye v. Cliff Viessman, Inc., the defendants in a wrongful death action sought production of a "full archive" of the decedant's social media accounts and her family members with no time limitation. Defendants argued the information was relevant to evaluating the plaintiffs' monetary loss and mental suffering. The Illinois district court found the request overbroad and disproportionate, noting that "although almost everything that is posted on social media can reflect a person's emotional state of mind, that does not mean that defendants can inquire into every conversation and with anyone in the world." Another Illinois court, in Elliott v. Superior Pool Prods., LLC, rejected a defendant's efforts to compel production of all text messages and emails between the plaintiff and another party for a three year period without limiting the subject matter.

As a practical matter, winning the proportionality argument can make what used to be garden variety motions to compel seem more "evidentiary" than may have previously been the case. As litigants are discovering, the proportionality factors in Rule 26 are not just window dressing. They give the court a powerful tool to narrow overly broad discovery requests—even when the information may be otherwise relevant.

Karen L. Stevenson is an associate editor for Litigation News and U.S. magistrate judge for the U.S. District Court Central District of California.