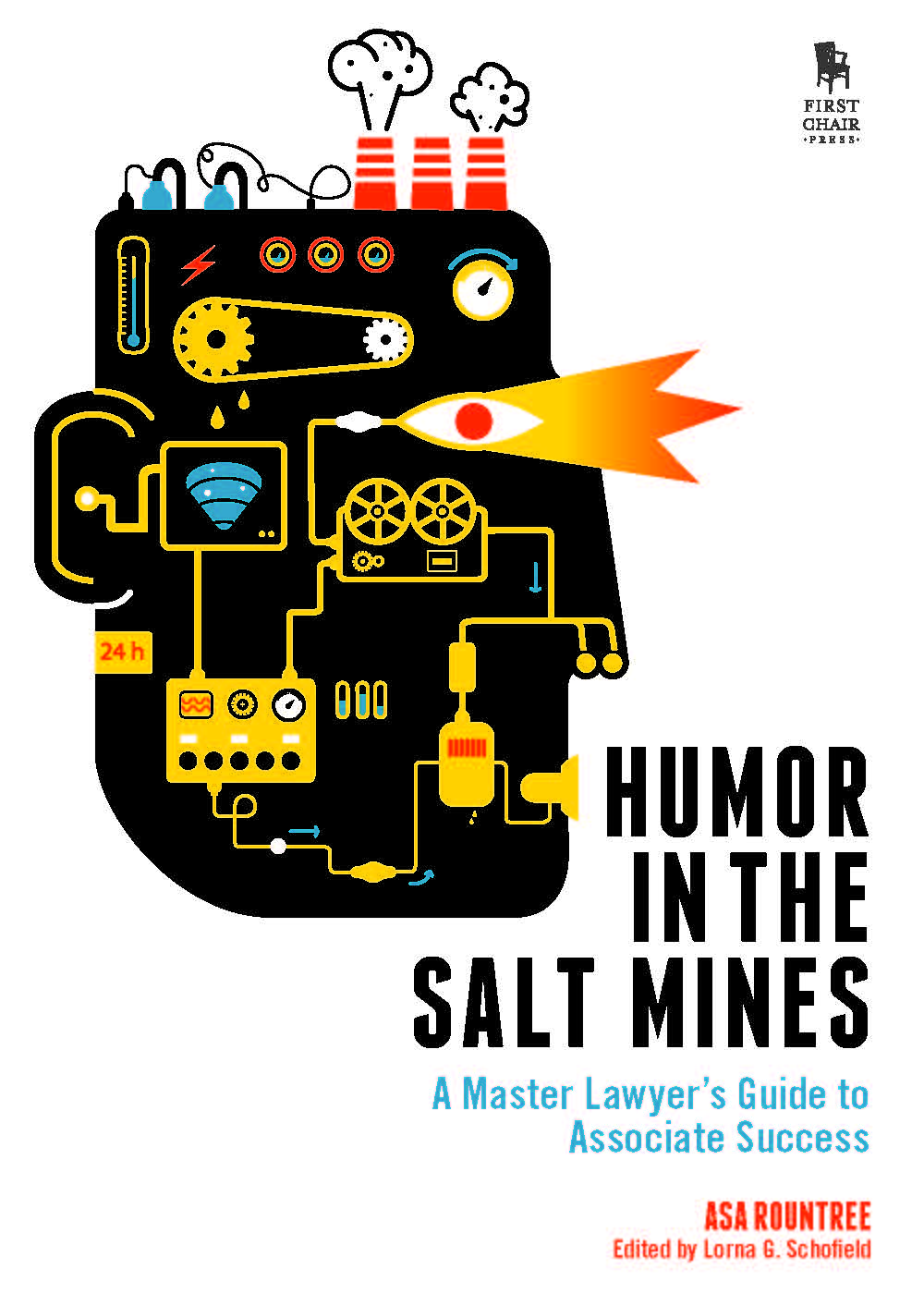 In a survey by the website CareerBliss, “law firm associate” was ranked the number 1 unhappiest job in the nation. Attempting to bring some levity and sage advice to a bleak situation is Asa Rountree’s Humor in the Salt Mines: A Master Lawyer’s Guide to Associate Success, edited by Judge Lorna G. Schofield.

Rountree spent his career as a litigator, first in his native Alabama, and then as a partner at Debevoise & Plimpton LLP in New York City for nearly 30 years. He was also a founding member of the ABA Section of Litigation and a prolific writer.

Though not necessarily offering advice on how to be happy as an associate, the book does offer tips and strategies on how to be successful. The centerpiece of the book is a legendary memorandum, penned by Rountree in 1975, which he gave to associates who worked for him. The memo can be found in full in Chapter One, “Guidelines for Work Being Done under My Supervision.”

The guidelines set out Rountree’s general expectations concerning such subjects as professionalism, client relationships, confidentiality, assumption of responsibility, deadlines, legal research, citations and quotations, style of writing, work habits, general availability, efficiency, time sheets, the attorney-client privilege, developments in the law, and courtesy to staff. There are also several appendices containing checklists and other resources on research, brief writing, taking a case for a plaintiff, taking a case for a defendant, and a sample letter to a client providing advice on document preservation and attorney-client privilege.

Rountree’s advice to his associates reflects the esteem in which he held the legal profession as well as his clients; it also reflects his sense of humor, which is often self-deprecating. For example, when speaking of assuming responsibility, he tells associates: “You should assume that I am over the hill and I am no longer capable of discerning the issues, much less analyzing or resolving them.” Then he goes on to remind his associates that, ultimately, “do not rely on me; I am relying on you.”

Though originally written almost 40 years ago and geared toward young associates, Rountree’s guidelines are timeless and serve as reminders of good practice for attorneys at any stage in their careers.

But beyond providing a tome of advice for new attorneys, the book serves as an homage to the revered Rountree, who passed in 2010. Beyond his famed guidelines and their appendices, the book contains other letters and memoranda that Rountree authored, which are simply included in remembrance of Rountree’s jovial spirit but are not otherwise intended to impart any wisdom on the reader. Chapter Three is a bizarre vacation memorandum; Chapter Four is a humorous expense reimbursement letter; Chapter Five is a farewell letter to the ABA Section of Litigation following the end of Rountree’s term as chair; and Chapter Six addresses Rountree’s many aliases.

Much of the book is also devoted to touching remembrances of Rountree himself—his professionalism, humility, graciousness, and thunderous laugh—as told by his longtime colleagues and friends at Debevoise. One such dedication recalled that Rountree, who was a veteran of both World War II and the Korean War, considered the highest praise he ever received to be from one of his subordinate officers in the Korean War who told him, “We always felt safe with you.” Rountree endeavored to make his clients feel similarly safe in trusting their legal problems with him.

For those who were not fortunate enough to have known Rountree, this book offers the reader a sense of the man—his charm, his humor, and his wisdom.

At the direction of Rountree’s widow, Helen Hill Rountree, proceeds from sales of this book will be dedicated to help finance the ABA Section of Litigation’s pro bono work.

Natasha Saggar Sheth is an associate editor for Litigation News.