(Note: The pdf for the issue in which this article appears is available for download: Bifocal, Vol. 36, Issue 1.)

This story originally appeared in a post to the National Center on Elder Abuse (NCEA) listserv. Learn more about subscribing to the list by visiting the NCEA Listserv webpage.

We all have seen or heard this. We all know of victims who have handed over their life savings via Moneygram, Green Dot, Western Union, or through a wire transfer.

Most times the victims are too embarrassed to tell anyone. And very rarely do we ever hear of a perpetrator being identified and prosecuted.
An often-repeated response from law enforcement is “Sorry for your loss, but there is nothing we can do. Besides, the suspect is out of state and beyond our jurisdiction.”

Well, here is a good Friday afternoon story to end your busy week. Thanks to you all out there for what you have accomplished in trying to pursue justice on behalf of older adults.

A few months ago I received an e-mail from an 85 year-old retired Catholic priest who had been encouraged to contact me. Somewhat reluctantly, he described how he had been scammed with the promise of having won a million dollars in a sweepstakes. The victim’s imagination took hold and he already was planning several charitable projects once he got his hands on the prize money.

Eventually, he realized that he had been scammed and a sickening feeling took hold of him. He confided in a close friend and then reached out to the San Diego County District Attorney's office. 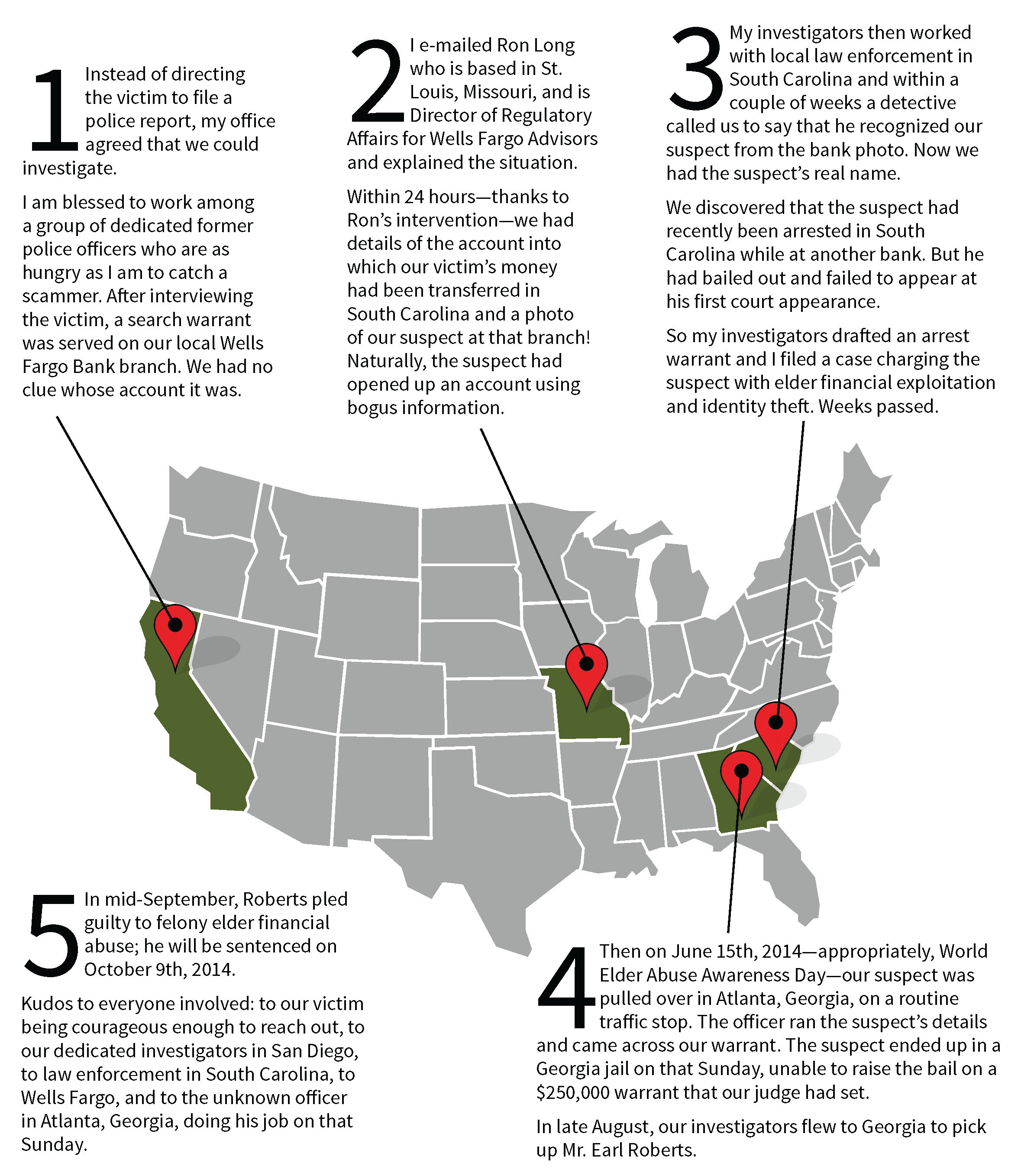