I have been a Kindle fan since the Kindle first came out several years ago. I have lost track of how many I have had; but I have always made it a point to get the new one when Amazon released it, both because I wanted it and because I wanted to have the opportunity to write about it. Everyone in my family has had Kindle hand-me-downs as I moved from one model to another.

The e-Ink readers, on the other hand generally take up less space and weigh less, making it easier to carry in a jacket pocket than a tablet and more likely to find its way into a jacket pocket and go with me almost everywhere. They hold several hundred books, so I carry a small library in my pocket with the weight of a paperback book.

I particularly like the e-Ink Kindles because they work very well in bright sunlight and most of the ones I have had lately have had backlighting to ensure that they worked well in darker environments. Over the last several years, I have gone from the Kindle to the Kindle Paperwhite, to the Kindle Voyage, and now to the new Kindle Oasis.

I found myself very impressed with how much lighter the Voyage was by comparison to my Paperwhite when I upgraded a couple of years ago. Similarly, I am impressed with the weight differential between my new Oasis and the Voyage. One of the interesting things Amazon did with the Oasis was split the battery between the reader and its integrated, but separable cover. That means if you have the cover and use it, you get a lot more pages of reading per charge. On the other hand, if you take the cover off, the reader itself is even lighter and slimmer; but you do not get the extra battery power from the cells contained in the case.

The Oasis’ footprint is, overall, a bit smaller than the Voyage, presenting a slightly wider, but noticeably shorter device. It also weighs about 1.5 ounces less than the Voyage. See the chart below for precise measurements. Interestingly, even with the battery in the Oasis cover, the Voyage in the Amazon case I got with it feels significantly heavier than the Oasis with its cover.

If you look at the specs and compare them, all three of the devices have a 6” display with a 300 ppi resolution. All three come in WiFi only or WiFi plus 3G. All three have backlighting using LEDs, but the Paperwhite only uses four LEDs, the Voyage uses six, and the Oasis uses eight. As a result, the page image on the Oasis appears a bit brighter than the Voyage and the image on the Voyage appears a bit brighter than the Paperwhite.

The reading experience with the Oasis is a bit more enjoyable to me than with the earlier Kindles, including the Voyage. I suspect that results from the slightly brighter backlighting. The Oasis also seems a bit more responsive, likely because of the upgrade

There is one catch, however. The Oasis costs $289.99, while the Voyage now costs only $199.99, and the Paperwhite remains available (for how long only time will tell) for $119.99. If you want the WiFi + 3G version of any of them, the cost jumps by $70. Having the 3G connectivity gives you a bit more flexibility; but after getting the 3G versions for a few years and finding that it really made little difference to my usage, particularly as WiFi became more ubiquitous, I no longer get the 3G versions. I only use the Kindle for reading material and keep no sensitive data on it; accordingly, I have no issue with using public WiFi to download a book; so I can get a new book in most airports, Starbucks (and many other coffee shops and restaurants), or in most hotels. Although it made sense when WiFi was not so available, I no longer think the 3G benefits justify the additional cost.

I like the Oasis quite a bit. If you do not have a Kindle it is a good choice. If you already have a Voyage, whether to upgrade is a somewhat iffy proposition, as the Voyage is such a great reader. If you can afford it and like the Oasis then, by all means, upgrade it. If the price concerns you, I think you will be very happy with the less expensive but completely adequate Voyage.

No matter which one you get, make it a point to keep your Kindle handy. Having a variety of books you want to read on a Kindle in your pocket, purse, or briefcase or otherwise handy makes it more likely that you will actually get around to reading whatever you have loaded onto your Kindle. 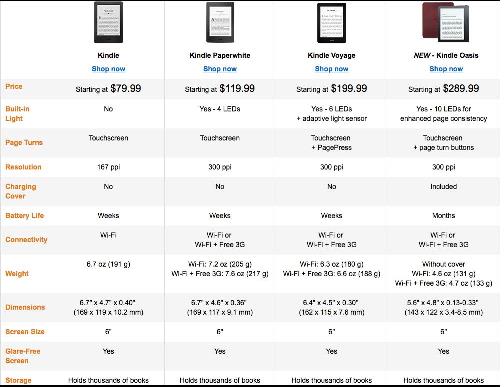 Jeffrey Allen is the principal in the Graves & Allen law firm in Oakland, California. A frequent speaker on technology topics, he is editor-in-chief of GPSolo magazine and GPSolo Technology eReport. Recently, he coauthored (with Ashley Hallene) Technology Solutions for Today's Lawyer and iPad for Lawyers: The Tools You Need at Your Fingertips. In addition to being licensed as an attorney in California, he has been admitted as a Solicitor of the Supreme Court of England and Wales. He holds faculty positions at California State University of the East Bay and the University of Phoenix. He may be reached at jallenlawtek@aol.com. You may also get updated technology information from his blog: jallenlawtekblog.com.

An Opportunity to Serve Those Who Serve Us