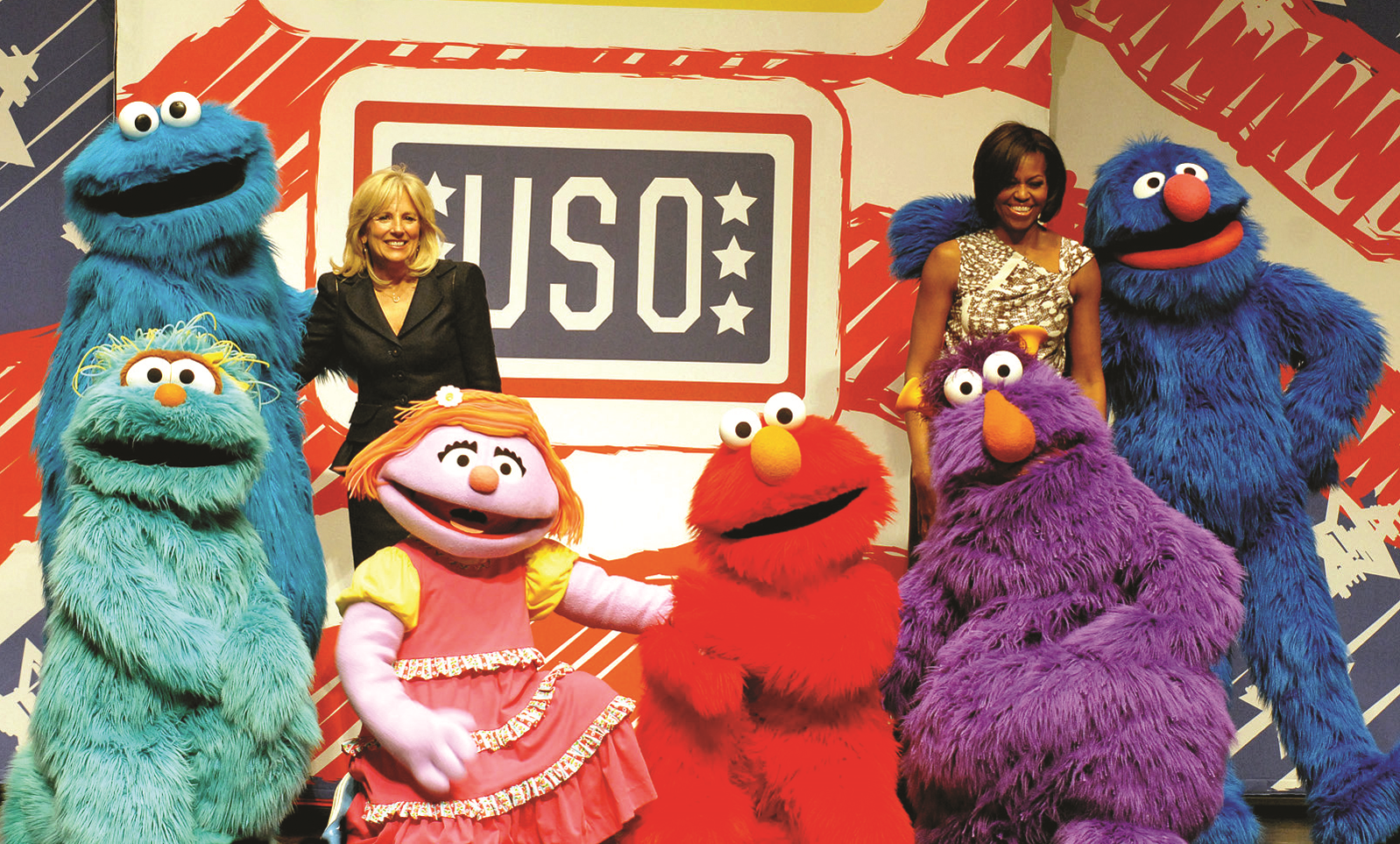 There has long been an understanding by thoughtful people that for a nation to exist and prosper as a modern, successful, and progressive civil society, it must actively work to protect the rights and reinforce the responsibilities of its citizens. But the true measure of a society involves not just the legal and moral obligations of the government, but how and whether a society as a whole respects and includes all people in its culture and community.

This relationship between our nation’s laws and culture is evident in the treatment of individuals with disabilities. Indeed, their inclusion and depiction in American life and culture (or more accurately exclusion and concealment) mirrors the long history of segregation, neglect, discrimination, and exploitation that has largely defined the treatment of people with disabilities under the laws of our nation.

Many vestiges of this shameful history still exist today. Nevertheless, there are some promising signs that our society—or at least certain parts of it—are becoming more inclusive, at least when compared to a half century ago. But much more needs to change.

The changes derive from several sources. They include advances in technology and a greater understanding of science, medicine, and health; a response to important laws that mandated change; and perhaps most importantly, the continuing efforts of activists and families, who fought for independence for people with disabilities and have since battled non-stop for inclusion, battles that continue to be waged today.

These developments include modified educational curriculums, supported employment, adaptive sports programs, and accessible transportation, buildings, and other public spaces, which can consist of everything from curb cuts to the growing numbers of sensory-friendly and fully accessible playgrounds.

Other changes include recreational activities, the arts, and entertainment. Visitors to ski facilities today are more likely to have the option to participate in adaptive ski programs. Toy stores more regularly carry product lines, from dolls to games to Lego, which include characters with disabilities. And an increasing number of businesses, among them Target, Fisher-Price, Nieman Marcus, and OshKosh, include people with physical and intellectual disabilities in their advertisements, not simply as a means of emphasizing their differences or “specialness,” but as part of an effort to more accurately represent our society’s diversity.

There’s another benefit from this advertising, which is that it involves models who have disabilities. Today’s more positive advertisements—and the people who participate in them—contrast sharply with the negative portrayals of people with disabilities that were common several decades ago, and that often included a so-called poster child designed to generate sympathy and financial contributions for a particular chronic disease or disability.

Popular entertainment is another area of our culture that reflects and shapes the way our nation views and treats people with disabilities. In recent years, thanks in part to the proliferation of networks, there has been an increasing number of TV shows about or involving characters with disabilities. Shows such as Glee, Parenthood, Switched at Birth, Breaking Bad, Grey’s Anatomy, Game of Thrones, Hannibal, NCIS New Orleans, and Speechless, to name some, as well as reality shows such as Little People, Big World and Born This Way have included characters with Down syndrome, autism, hearing impairment, cerebral palsy, and dwarfism. Even Sesame Street recently added a muppet with autism.

While several of these shows have received plaudits for their multi-dimensional portrayals of characters with disabilities—where disability is just one unique characteristic rather than a plot device to generate pity—others have been criticized as manipulative or playing to stereotypes. These mixed results are due as much to the continuing lack of understanding of this issue as it to our age of reality TV, where on almost any subject there is a fine line between drama and exploitation.

A number of movies also have included multi-dimensional characters who have disabilities and whose inclusion is not intended just to produce sympathy. Consider Four Weddings and a Funeral, Notting Hill, and The Station Agent. There are fewer movies than TV shows that include characters with intellectual disabilities; the industry still tends to default to the “inspirational” story provided by a person with a disability who “heroically” overcomes a challenge or motivates someone else to. (A recent example is Where Hope Grows, in which a baseball player whose career is cut short is “inspired” by a young man with Down syndrome who works at the local grocery store.) But there are positive examples here as well, including What’s Eating Gilbert Grape?, Benny and Joon, and even Forrest Gump. And, in what may be a sign of both a growing understanding of these negative stereotypes, as well as the increased power of the disability rights movement, the recently released Me Before You, about a disabled man who decides to end his life, saw its release severely limited after protests.

Popular entertainment can also have an impact by highlighting negative examples that provoke discussion. It’s what shows like All in the Family and One Day at a Time did so well during the 1970s. A current example, though with nowhere near the reach of those earlier shows, is The Man in the High Castle, an Amazon-produced series based on the Philip K. Dick novel.

Premised on the alternate reality of the Nazis and Japanese winning World War II, the series considers how our world would be different if we had to apply the laws and moral values of the Axis powers, including the elimination from society of the sick and “cripples.” One storyline involves a top American Nazi officer who must keep secret his son’s debilitating illness because under Nazi law the son will have to be put to death. The boy’s doctor, while acknowledging the dilemma, hands the father a syringe and vial of poison, saying, “The boy is defective.”

Unfortunately, the number of TV shows and movies featuring people with disabilities still remains extraordinarily low. According to a recent study by the Ruderman Foundation, just 1 percent of characters in TV and film have a disability. Equally problematic, the vast majority of actors playing people with disabilities—95 percent—do not have disabilities themselves. This, even though more than 2,200 actors self-identify as having a disability. It is a problem that carries over to the theater as well.

Of course, including more characters or actors with disabilities is not an end unto itself. It is a small but important representation of how our society and culture embraces the understanding that individuals with disabilities are people like everyone else—different, but in different ways—and constitute an important and valuable part of our community who should be included as full participants, rather than rejected, feared, pitied, or ridiculed.

Unfortunately, too many still separate, segregate, mock, and bully. It’s evident in our political world today and, not surprisingly, also reflected in our culture. One needs to look no further than the world of comedy, where such behavior—on TV shows, on the Internet, and by stand-up comedians—is widespread.

Consider the popular TV show Family Guy, which had a recurring cast member named “Greased Up Deaf Guy,” and aired an entire episode (called “Down syndrome Girl”) about a main character’s romantic pursuit of a girl with Down syndrome, at the end of which he admits that he only was interested in her because people with Down syndrome are usually kind and generous.

A more prevalent offensive behavior is the use of the word “retarded” or some version of it. It is usually deployed as an insult (through comedy or otherwise), both to people with intellectual disabilities and others. In so doing, it maximizes its hateful power to demean an entire segment of our society as less than fully human. For instance, right-wing social media makes regular use of the word “libtard” as an insult to liberals, with apparently little appreciation for how disparaging it is to people with intellectual disabilities.

And numerous comedians (using the term generously) regularly make fun of people with intellectual disabilities, including use of the “R” word. This is either because they are ignorant of the word’s impact or, worse, because they have full understanding of it. It’s actually painful (but easy, thanks to YouTube) to watch the speed with which so called comics like Ralphie May, Ace Guillen, Mike Epps, or Matt Davis turn to the tactic of ridicule and bullying to get a laugh. In one particularly sorry example, Mike Epps not only uses the word “retard,” but actually mocks the physical and behavioral characteristics of a person with an intellectual disability, ending his routine as if he is his victim’s friend, saying, “I loved that guy.” Even an acclaimed comedian like Louis C.K. is guilty of taking the low road, not only by using the “R” word in combination with another offensive word to create a combined insult to women and people with disabilities, but also as a vehicle to attack Sarah Palin in her role as a mother of a young child with Down syndrome.

Broaching the subject of comedians’ offensiveness almost always generates arguments about freedom of speech and political correctness. But this is not about censorship of others, but self-censorship, or at least about advancing an understanding of what constitutes hate speech. Performers can choose to deliver or not deliver such messages, and their audience also can choose whether to listen or even pay to go to them.

Successful comedy often relies on challenging conventions and creating controversy. And, perhaps more than other forms of entertainment, comedy has the ability (for differing reasons) to appeal to a broader spectrum of people’s intelligence and frame of reference. To someone on one end of that spectrum a particular joke may be laughed at because it is understood as making fun of bad behavior; while to someone on the other end it is enjoyed simply because it reinforces or gives credence to their own uniformed or biased view.

Humorist Erma Bombeck once wrote, “There is a thin line that separates laughter and pain, comedy and tragedy, humor and hurt.” Mike Birbiglia, a popular, clever, and generally inoffensive comedian, has suggested that at their core “all jokes are offensive.” While both of these statements may be true, what separates the best comedians from the mediocre ones is that the former generally are able to provide a context and a cleverness to their material, which brings the entire audience along, while the latter uses the joke to entertain a portion of the audience at the expense of another group. It’s the difference between laughing with someone and laughing at someone. And it’s a principle that goes beyond comedy.

As actress Meryl Streep said so eloquently in her Golden Globes acceptance speech, the “instinct to humiliate, when it’s modeled by someone in the public platform, by someone powerful, it filters down into everybody’s life, because it kind of gives permission for other people to do the same thing. Disrespect invites disrespect. Violence incites violence. And when the powerful use their position to bully others, we all lose.”

is a speechwriter and the author of Father, Son and Constitution—How Justice Tom Clark and Attorney General Ramsey Clark Shaped American Democracy (Univ. Pr. of Kansas 2013). He is also a member of the Human Rights Editorial Board.