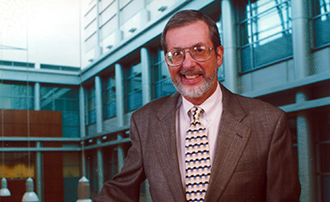 The ABA Standing Committee on Legal Aid and Indigent Defendants, the ABA Criminal Justice Section and the ABA Section on Civil Rights and Social Justice join together to mourn the passing of Norman Lefstein, who died in Indianapolis, IN on August 29, 2019.

“Norm Lefstein’s contributions to the cause of equal justice are immeasurable,” said Theodore Howard, Chair of the ABA Standing Committee on Legal Aid and Indigent Defendants (SCLAID). “In his more than 20 years of service with SCLAID, Norm brought the inadequacies of public defense services throughout the United States to the attention of the profession and ensured that the ABA was at the forefront, both in policy and education, of seeking to improve the quality of representation afforded to the indigent in our criminal justice system.”

Lefstein’s accomplishments and leadership positions within the ABA are too numerous to list. Lefstein served as Special Advisor to ABA SCLAID on public defense issues since 2014.  Prior to that he served as a member of ABA SCLAID and as Chair of the Indigent Defense Advisory Group. He was instrumental in the creation of the Bar Information Project, which gathered critical data on the structure and funding of public defense systems across the country. He was a leader in developing several core policies on public defense adopted by the ABA House of Delegates including the ABA Ten Principles on a Public Defense Delivery System (2002) and the ABA Eight Guidelines of Public Defense Related to Excessive Caseloads (2009), for which he served as Reporter. His ABA publications include Securing Reasonable Caseloads: Ethics and Law in Indigent Defense (2011) and Criminal Defense Services for the Poor (1982).

Lefstein was honored with many awards for his leadership on public defense and criminal justice reform. In 2019, he was inducted into the National Association for Public Defense Fund for Justice Public Defense Hall of Fame, which described him as “the architect of the modern indigent defense reform movement.” In 2005, he received the National Association of Criminal Defense Lawyer’s Champion of Indigent Defense award.

Lefstein was a renowned academic and practitioner. He served as a law professor at the University of North Carolina School of Law in Chapel Hill, before settling at the Indiana University McKinney School of Law in Indianapolis, where he eventually served as Dean from January 1, 1988 until June 30, 2002. Lefstein also served as director of the Public Defender Service for the District of Columbia, an Assistant United States Attorney in D.C. and a staff member of the Office of the Deputy Attorney General of the U.S. Department of Justice.

“He was indefatigable.  He was passionate.  He was always a gentleman.” said Stephen Hanlon, former Chair of the Section for Civil Rights and Social Justice and long-time collaborator. “He was courageous. He was not afraid to take a position that was not shared by his most ardent followers. He will be deeply missed by all who knew, loved and admired him.”

In addition to his obituary, several others have posted tributes to Norman Lefstein, which reflect the depth and breadth of his contributions. Steve Hanlon posted on the National Association for Public Defense website and the Indiana University Robert H. McKinney School of Law posted a tribute focused on his contributions to that institution.