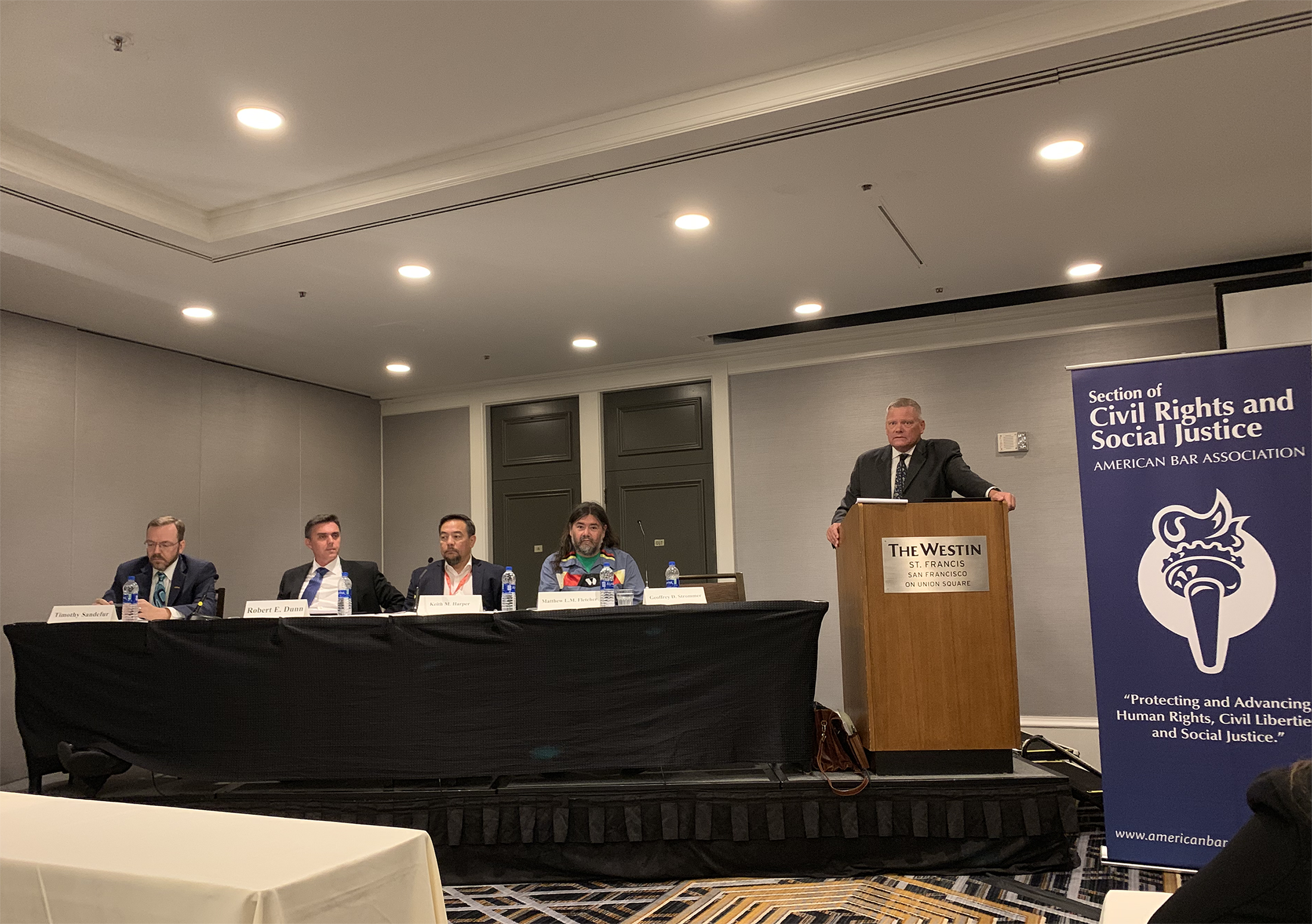 On October 5, 2018, the United States District Court for the Northern District of Texas in Brackeen v. Zinke held the Indian Child Welfare Act (“ICWA”) violates the equal protection clause of the United States Constitution. The court found the Supreme Court’s Morton v. Mancari political classification framework did not apply to ICWA because ICWA extends to Indians who are not formal members of tribes and struck down ICWA, finding that it does not survive the strict scrutiny test for racial classifications. The court went on to apply strict scrutiny to strike ICWA down. If upheld, this holding will have huge repercussions on federal Indian law and policy and should be taken seriously by all concerned with the welfare of Indian Country.

Please note: only those who attended the program in-person are eligible to receive CLE credit.