In November 2016, Californians narrowly passed a sweeping overhaul of the state’s death penalty system. Among other things, the “Death Penalty Procedures Initiative” (commonly known as Prop 66):

The measure also contemplates rehousing many on California’s 746-person death row at various prisons throughout the state and includes a requirement that death row prisoners work towards victim restitution prior to being executed. While proponents of the initiative hailed it as a way to streamline the state’s death penalty, the ABA and others expressed concerns about the fairness and constitutionality of the new scheme. 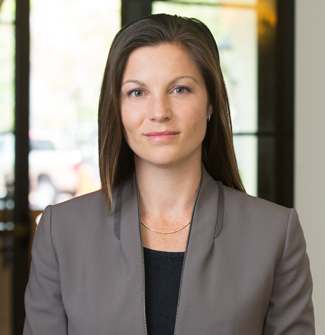 In December 2016, the California Supreme Court took up the challenge, staying enforcement of the initiative while the challenge was pending. During oral arguments in June 2017, the court appeared most troubled by the initiative’s attempt to require judicial review of all capital appeals within five years. The justices’ questions focused on whether a mandatory five-year deadline would unconstitutionally intrude on the judiciary’s function, and if so, whether the five-year requirement could be severed from the initiative or construed not to be mandatory. Orrick partner Christina Von der Ahe Rayburn argued on behalf of petitioners that the deadline was an impermissible intrusion on the judiciary and that the entire initiative should be struck down as a result of this unconstitutional provision. Given the narrow passage of Prop 66 (51% of the vote), she reasoned that the initiative likely would not have passed without its promise to limit the time frame for appeals. By contrast, proponents of Prop 66 argued that the court did not need to interpret the five-year deadline as mandatory and that it was not crucial to the initiative’s passage.

The court issued its 5-2 decision on August 24, 2017, upholding most of the initiative’s original provisions. The court avoided the constitutional issue by finding the five-year deadline not to be a mandatory requirement but rather “an exhortation to the parties and the courts to handle cases as expeditiously as is consistent with the fair and principled administration of justice.”

By contrast, Justice Cuéllar wrote in his dissent, “by reimagining the initiative as nothing more than an earnest exhortation calling on courts to consider dialing up the speed of death penalty adjudication, the majority upholds something quite different from the initiative considered and enacted by the electorate, leaving in its wake uncertainty about how we interpret initiatives and whether the time limits included in Proposition 66 have any legal effect.”

While opponents of the initiative were ultimately unsuccessful in striking Prop 66 down entirely, they view the elimination of a mandatory five-year deadline as a victory that will ensure justice is not unduly truncated for those on death row. Proponents of the initiative are hopeful that the court’s decision—which became final on October 25, 2017—means that California will soon resume executions after a more than ten-year hiatus.