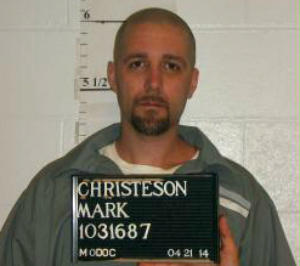 Missouri executed Mark Christeson by lethal injection on January 31, 2017. Mr. Christeson was likely intellectually disabled and grew up amid horrific and pervasive sexual violence, yet these and other claims were never fully considered by any court due to the mistakes of appointed counsel and the refusal of courts to allow a reasonable amount of time to review claims for equitable relief.

Mr. Christeson’s original federal habeas counsel did not even meet with their client until six weeks after the strict one-year statute of limitations for habeas claims had already expired, and they filed his petition for habeas relief 117 days late. Because of the untimely filing, the federal courts dismissed all his claims without considering them on the merits, declaring them procedurally barred. This left Mr. Christeson with only one option – to ask the court to set aside the procedural bar on equitable grounds based on his counsel’s abandonment. Yet for almost a decade, Mr. Christeson could not pursue even this very limited remedy.

Initially Mr. Christeson was unable to seek equitable relief because he did not even know what had happened. His counsel failed to disclose their error to Mr. Christeson for nine years while remaining appointed to his case. As later noted by the U.S. Supreme Court, Mr. Christeson was particularly vulnerable in this situation because of his intellectual limitations. The Court found that because of his “severe cognitive impairments” he “may not have been aware of this dismissal.”

It wasn’t until his counsel reached out to experienced capital defenders for guidance shortly before his scheduled execution date in October 2014 that those lawyers discovered the error. The experienced capital defenders quickly moved to be appointed as substitute counsel so they could raise a claim for equitable relief – a claim that the first federal habeas lawyers could not have raised even if they had wanted to do so because it would have involved asserting their own ineffectiveness. The first federal habeas lawyers became defensive, asserting in filings that the potential grounds for equitable relief were “ludicrous” and claiming they had “a legal basis and rationale for the [erroneous] calculation of the filing date.” The district court found that Mr. Christeson was not entitled to the appointment of new counsel, but the U.S. Supreme Court disagreed, halting the execution and remanding the case for the appointment of new, conflict-free counsel, who could argue that the procedural bars should be set aside on equitable grounds.

The district court responded to the order of the Supreme Court by appointing new counsel, but those attorneys were granted only 6% of their requested budget for investigating and briefing claims for relief. The court reasoned that “Congress did not intend to provide full compensation” for appointed death penalty attorneys and that pro bono service was expected. The district court also denied counsel’s requests for a hearing and denied equitable relief, finding that prior counsel had not abandoned their client. Notably, this finding was premised entirely on prior counsel’s work after the deadline had already expired.

Mr. Christeson’s new lawyers sought review of both the funding denial and the denial of equitable relief from the U.S. Court of Appeals for the Eighth Circuit, which had previously refused to weigh in on the case. They argued that the courts were still denying Mr. Christeson access to conflict-free counsel, first by refusing to appoint new attorneys and now by denying the necessary funding and by forcing new counsel to choose between getting paid for their work or hiring some of the experts and investigators needed to prepare the case.

With the assistance of volunteer attorneys from Skadden, Arps, Slate, Meagher & Flom, the ABA filed an amicus brief encouraging the Eighth Circuit to grant a certificate of appealability and review the claims. The ABA expressed particular concern with the notion that pro bono service should be expected from appointed counsel, even when such service could force the lawyer to choose between her ethical duty to her client and her own livelihood.

On October 12, 2016, while the Eighth Circuit was considering that application, Missouri sought and obtained a new execution date of January 31, 2017, for Mr. Christeson. Two months later, on December 14, 2016, the Eighth Circuit granted the certificate of appealability, but at the State’s request, drastically shortened the briefing schedule to allow the execution date to remain in place.

One month later, and with just 18 days remaining before the scheduled execution, the Eighth Circuit remanded the case to the district court for an evidentiary hearing regarding Mr. Christeson’s lack of counsel. The federal district court responded by scheduling a hearing starting less than 48 hours later. As a result of this unprecedented timeframe, counsel were unable to adequately prepare for the hearing or even arrange for witnesses to travel to Missouri to testify. The only witnesses who were able to testify at the hearing were the original federal habeas lawyers, who continued to defend their actions and claimed they had done significant work on the case prior to the expiration of the statute of limitations, although there was no evidence of that claimed work, including notes, copies, or written communications. Despite this unsubstantiated and self-serving testimony, the district court found the habeas lawyers to be credible and ruled against Mr. Christeson.

Seven days later, the Eighth Circuit affirmed the district court’s decision, and this time the U.S. Supreme Court declined to intervene on appeal, allowing his execution to proceed as scheduled despite Mr. Christeson never having full and fair review of his claims by the courts or access to conflict-free counsel.