For 30 years, the Death Penalty Representation Project has fought to ensure effective representation for every individual facing a death sentence. The need for a project dedicated to capital defense became apparent after the reinstatement of the death penalty in 1976 by the U.S. Supreme Court in Gregg v. Georgia. After the Court’s decision the number of prisoners sentenced to death grew at a dramatic pace as states quickly adopted revised death penalty schemes. By the end of 1985, there were more than 500 prisoners on death row, and most states had no mechanism to provide them with counsel. To address this growing crisis, the ABA created the Death Penalty Representation Project in 1986. The Project immediately started recruiting law firms to provide pro bono representation and provided those firms with training and guidance.

Just three years later, the U.S. Supreme Court found that there was no constitutional right to post-conviction counsel in capital cases—a decision that stands to this day—further cementing the urgent need for pro bono representation. The Project’s records of case placements only date back to 1998, but since that time the Project has recruited counsel for at least 320 death row prisoners who otherwise might have faced the death penalty alone. With pro bono assistance, 76 of those prisoners have been able to win a sentence of less than death or were exonerated, and about 175 of those cases are ongoing.

In addition to approaching the problems with death penalty representation on a case-by-case basis, the Project has also engaged in systemic reform efforts in partnership with pro bono counsel. Numerous states have now adopted the ABA’s Guidelines for the Appointment & Performance of Defense Counsel in Death Penalty Cases, increasing the quality of appointed counsel and providing meaningful standards by which courts can evaluate counsel’s performance. Thirty years ago, almost no states routinely provided state-funded counsel. Today, every active death penalty state except Alabama and Georgia provides at least a statutory right to post-conviction counsel. There is still much more work to be done to ensure that appointment and performance standards are implemented and enforced and that the state is providing the resources necessary for effective representation, but through the work of the Project and its allies, we have seen remarkable improvements in the provision of counsel to indigent capital defendants and prisoners.

The Project is indebted to the countless individuals that have made its work possible, and every person who has contributed to the Project’s work has our deepest gratitude and admiration. 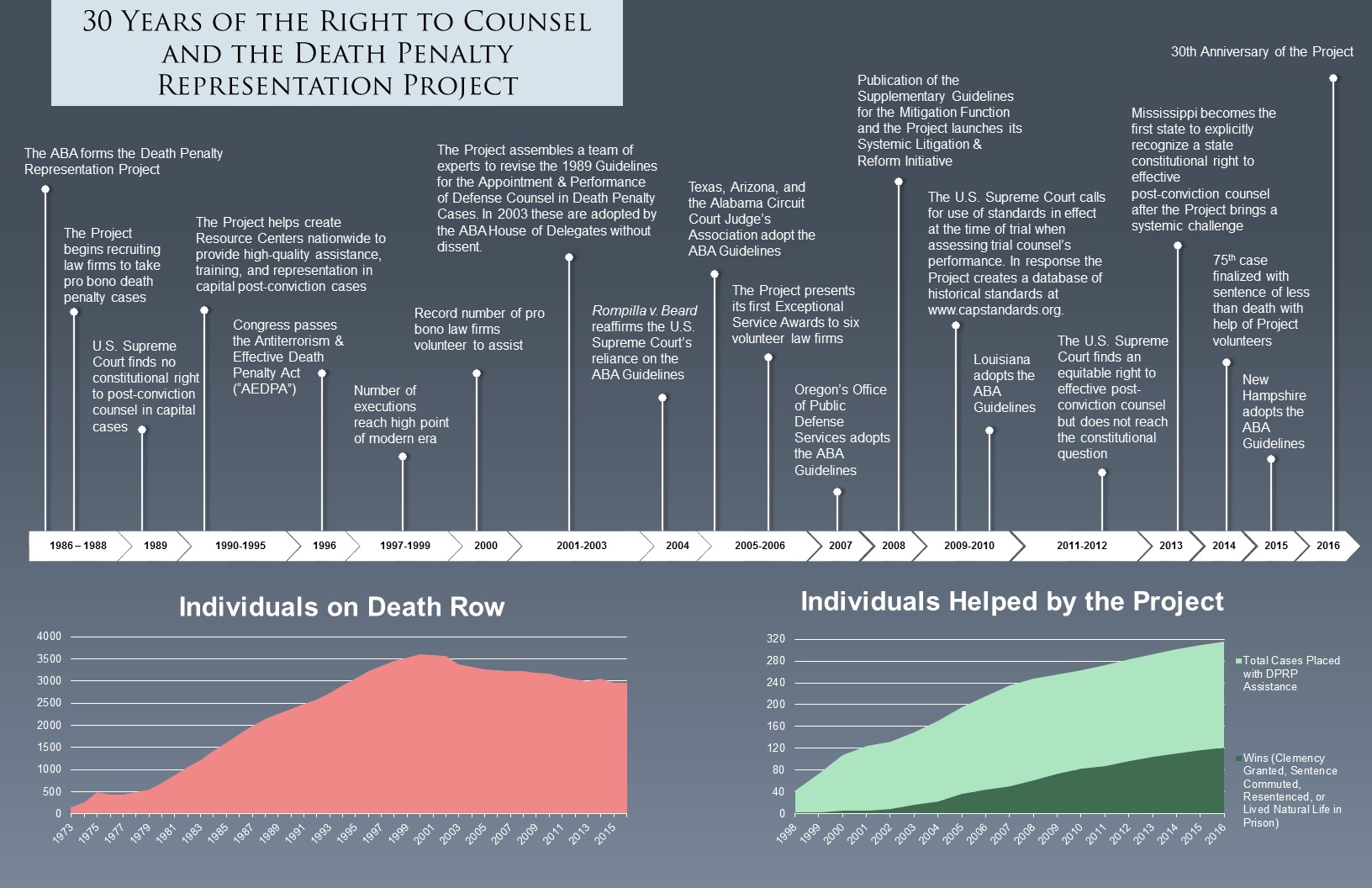 Click to open larger version in a new window