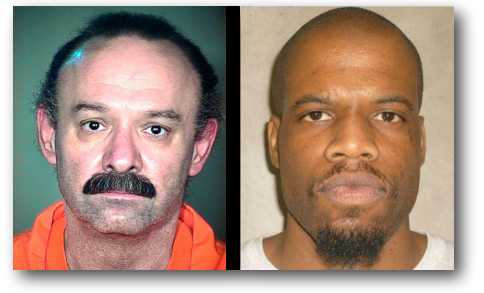 In recent months, the lethal injection process has come under close scrutiny by courts and the public following two botched executions in two states. On April 29, 2014, Oklahoma death row prisoner Clayton Lockett died of a heart attack following the state’s failure to properly set the IV used to deliver the drugs. Then, on July 23, 2014, an Arizona execution took nearly two hours to complete—about 12 times longer than a typical execution by lethal injection—while the prisoner gasped more than 600 hundred times. Both executions followed extensive legal battles to reveal the sources of the drugs used in executions and the qualifications of the team administering the injections. Attorneys have argued that use of experimental protocols with unreliable drugs from unknown sources violates the prisoners’ First and Eighth Amendment rights.

In 2011, the sole U.S.-based manufacturer of sodium thiopental, a key component in lethal injection protocols across the country, ceased producing the drug. Since that time, death penalty states have been experimenting with new and untested lethal injection drug combinations and dosages, like the combination used in Mr. Lockett's execution. States have enacted secrecy laws that aim to protect the identities and credentials of the drug manufacturers and other personnel involved in the execution process. In response to these secrecy laws, death penalty attorneys across the country have asked courts to compel disclosure of this information before any executions are carried out.

Mr. Lockett’s execution was tremendously flawed. The execution procedures began late because the technician had difficulty finding a place to insert the IV which would deliver the lethal injection drugs. Although the State initially claimed that Mr. Lockett’s vein had collapsed, later investigation revealed that the IV was improperly placed in Mr. Lockett’s groin, where it failed to deliver the drugs. Observers to Mr. Lockett’s execution noted that Mr. Lockett writhed and groaned long after he had been pronounced unconscious, and appeared to be in pain during the procedure. After the supervising physician reported that the vein had collapsed, the Director of the Oklahoma Department of Corrections halted the execution. Mr. Lockett died of a heart attack after the lethal injection procedure was stopped, approximately 43 minutes after the execution began.

In Arizona, Joseph R. Woods’ attorneys mounted a challenge to the state’s secrecy law before his execution. Mr. Woods’ attorneys requested information about the source and manufacturers of the drugs to be used, the qualifications of the personnel who would oversee the execution, and documents explaining how Arizona developed its current drug protocol. After the State refused to disclose this information, Mr. Woods’ lawyers filed a claim on behalf of Mr. Woods and five other death row inmates. They argued that by concealing information about the state’s lethal injection procedures the State was violating the plaintiffs’ First Amendment rights. Mr. Woods’ counsel also filed motion for preliminary injunction in the U.S. District Court for the District of Arizona, requesting that the court grant an injunction preventing the State from carrying out his execution until it provided him with information about the drugs to be used in the execution.

The Arizona District Court denied Mr. Woods’ motion for preliminary injunction, but the U.S. Court of Appeals for the Ninth Circuit reversed the district court decision and granted a conditional preliminary injunction. The Ninth Circuit decision in Mr. Woods’ case marked the first time a federal court of appeals has recognized that death row inmates and the public may have a First Amendment right to know detailed information about the drugs and personnel used to carry out lethal injections. The U.S. Supreme Court subsequently vacated the Ninth Circuit’s injunction without explanation, clearing the way for Arizona to carry out the execution on July 23, 2014.

After each execution, the national media was flooded with detailed accounts of the prisoners’ deaths.  Both Oklahoma and Arizona have been widely criticized for the manner in which the executions were conducted. Senator John McCain called the process in Arizona “torture”, stating “it shouldn’t take two hours to die.” The Arizona Supreme Court ordered the Arizona Department of Corrections to preserve the drug labels and remaining drugs used in the lethal injection procedure. Governor Jan Brewer called for a full review of Mr. Woods’ execution, but maintained that “he did not suffer.” Both states are currently investigating their lethal injection procedures. The Arizona Attorney General Office will not be seeking any execution warrants until a full review of Mr. Woods’ execution is completed. Oklahoma has delayed pending executions until at least November. Meanwhile, other states are moving forward with planned executions under similar veils of secrecy.