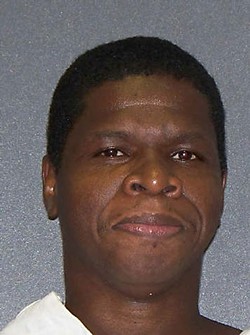 In November 2013, the Texas Court of Criminal Appeals denied Duane Buck’s petition for habeas corpus, dealing him another setback in his efforts to obtain relief from a sentencing proceeding tainted by racially based testimony and incompetent representation. Over the dissent of three judges, Texas’s highest criminal court denied Mr. Buck’s petition on the grounds that it was “successive” and thus not permitted under Texas law.

Mr. Buck has lost previous high-profile challenges to his death sentence based on the testimony offered in his sentencing proceeding by Dr. Walter Quijano. Dr. Quijano testified that Mr. Buck posed an increased future danger to society because he is black. Mr. Buck was one of seven prisoners of color whose trial included the testimony of Dr. Quijano. In 2000, the Office of the Texas Attorney General admitted that equal protection violations had occurred in the trials featuring Dr. Quijano, and then-Attorney General John Cornyn pledged to take steps to ensure an “equitable criminal justice system.” Fourteen years later, Mr. Buck is the only one of those seven prisoners who has not been granted a new sentencing proceeding.

Writing for the dissent, Judge Elsa Alcala stated that the court should revisit its holding in Ex parte Graves, the 2002 decision that interpreted the statute governing the appointment of counsel in state post-conviction proceedings. In Ex parte Graves, the court held that the requirement for competence in the statute was relevant only to the initial appointment of counsel, not whether the representation provided in the course of the proceeding itself was competent. In Mr. Buck’s case, Judge Alcala argued that the requirement that an applicant be represented by competent counsel meant that “an applicant’s entitlement to competent counsel extends throughout the course of representation.” A reconsideration of Graves, she reasoned, would allow the court to hear Mr. Buck’s otherwise defaulted claim of ineffective assistance of trial counsel, among others. Judge Alcala’s dissent was joined by two other judges, but was not adopted by the majority.

Mr. Buck’s trial counsel failed to conduct an adequate mitigation investigation and never discovered that Mr. Buck had suffered extensive abuse as a child or that he was a longtime addict who was under the influence of drugs and alcohol at the time of the crime. Judge Alcala pointed out that the evidence his trial counsel failed to present “is the type of evidence that may be highly relevant to a jury’s balancing of mitigation evidence.” But unless Mr. Buck is provided a new sentencing hearing, he will not have the chance to present the merits of this claim to any court.

On February 18, 2014, Mr. Buck filed a petition for certiorari at the U.S. Supreme Court appealing the Texas court’s latest decision.