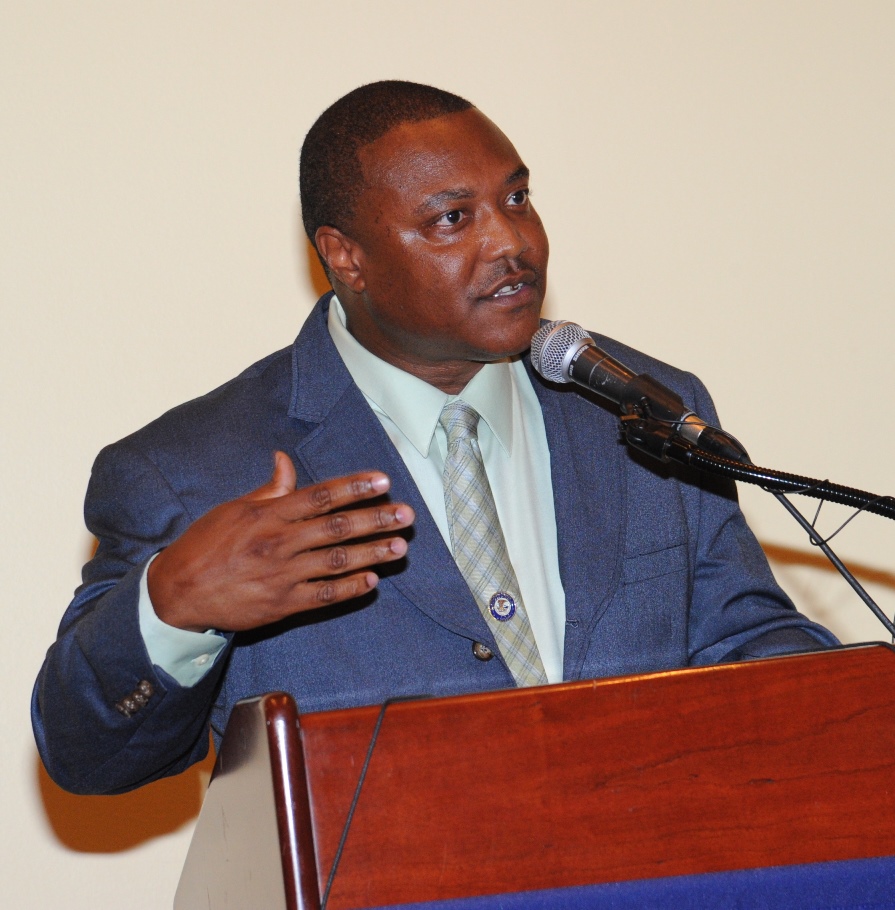 Anthony Graves speaks at the Project's
25th Anniversary Event in 2011.

Former Texas death row prisoner Anthony Graves announced on January 20, 2014, that he is taking action against the prosecutor who secured his wrongful conviction and death sentence by violating numerous ethical and professional rules. Mr. Graves was convicted and sentenced to death in 1994 for killing a Somerville, Texas family of six. In 2011, after 18 years in prison including 12 years on death row, Mr. Graves was exonerated after a volunteer lawyer and group of journalism students proved he had no involvement with the crime. Mr. Graves alleged in a grievance filed with the State Bar of Texas that the misconduct of Charles Sebesta, the former Burleson County District Attorney who prosecuted his case, was the cause of his wrongful conviction.

With no physical evidence connecting him to the murders, the case against Mr. Graves relied heavily on the testimony of an eyewitness. This eyewitness, a man named Robert Carter, implicated Mr. Graves only after extended interrogation by police. Mr. Carter immediately recanted and asserted that he had lied about Mr. Graves’ involvement. The prosecutor never told Mr. Graves’ lawyers or the jury about Mr. Carter’s multiple recantations. He also threatened to prosecute Mr. Carter’s wife for the murders if he refused to testify against Mr. Graves. Mr. Carter succumbed and testified against Mr. Graves. Mr. Graves intended to call an alibi witness at his trial, but Mr. Sebesta threatened to charge that witness for the murders to prevent her from testifying. In 2006, the U.S. Court of Appeals for the Fifth Circuit overturned Mr. Graves’ conviction, ruling that Mr. Sebesta had withheld exculpatory evidence from the defense and used false testimony during trial in violation of Mr. Graves’ constitutional rights. The State declined to retry Mr. Graves after special prosecutor Kelly Siegler found no credible evidence of his involvement. Mr. Graves was released from prison on October 27, 2010.

A bill passed by the Texas legislature and signed into law by Governor Rick Perry in 2013 has provided an opportunity for Mr. Graves to take action against the prosecutor whose misconduct led to his conviction. Senate Bill 825 amended the statute of limitations for a wrongfully convicted person to file a grievance alleging prosecutorial misconduct. Previously, a grievance had to be filed with the State Bar of Texas within four years of the discovery of misconduct. Mr. Graves’ lawyers filed a complaint in 2007 under the old law, which was dismissed after the state bar determined that the statute of limitations had already expired. Under the new law, a wrongfully convicted person has four years following his release from prison to file a grievance. Mr. Graves’ complaint is the first test case under the amended law. The state bar announced on March 4 that it had opened an investigation into Mr. Sebesta’s role in Mr. Graves’ wrongful conviction. If the state bar agrees with Mr. Graves that Mr. Sebesta’s actions constitute misconduct, Mr. Sebesta could receive as little as a reprimand, or he could be disbarred and lose his law license.

Mr. Graves plans to follow in the footsteps of Michael Morton, a fellow Texas prisoner whose high-profile exoneration prompted the new law, by also asking that criminal charges be filed against Mr. Sebesta. In November 2013, Ken Anderson, the former Williamson County District Attorney who prosecuted Mr. Morton, was disbarred and sentenced to ten days in jail for failing to turn over exculpatory evidence. Among other evidence, the Texas Court of Criminal Appeals found that Mr. Anderson failed to turn over police transcripts in which Mr. Morton’s young son, an eyewitness, said that a stranger, and not his father, was the killer. Mr. Morton spent 25 years in prison before DNA evidence exonerated him in 2011. Mr. Anderson’s short jail sentence marked the first time that a prosecutor has received jail time for misconduct leading to a wrongful conviction.

Mr. Graves has indicated that he hopes to help restore faith in the criminal justice system. In a recent interview, Mr. Graves said, “This is the new civil rights era for prosecutorial accountability, and the tone needs to be set with this complaint. It is my hope that the State of Texas will support my efforts in making sure that justice is achieved and not just swept under a rug. I am seeking justice.”