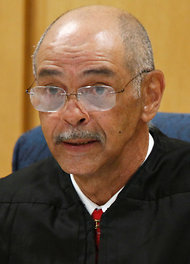 In December, North Carolina Judge Gregory Weeks issued his second ruling under the Racial Justice Act, finding that race played a significant role in the sentencing of three death row prisoners and commuting their sentences to life in prison without the possibility of parole. This was the first ruling under the Racial Justice Act since it was substantially amended last summer over Governor Beverly Purdue’s veto.

Issuing a joint order in the separate cases of Tilmon Golphin, Christina Walters, and Quintel Augustine, Judge Weeks found that each defendant satisfied the standard for proving that race was a "significant factor" in their individual death sentences under both versions of the Racial Justice Act. Mr. Golphin and Mr. Augustine are black, and Ms. Walters is a Lumbee Indian. The original Act, passed in 2009, allowed death row prisoners to challenge their sentences using statewide statistics showing bias based on the race of the defendant or victim or in jury selection. Last year's amendments, however, eliminated the race of the victim as a factor and restricted proof of racial bias to the county or prosecutorial district, rather than allowing the use of statewide or regional data. Judge Weeks also found that the amendment to the Racial Justice Act does not apply retroactively, a significant ruling that could impact nearly all of North Carolina's 152 death row prisoners who filed challenges to their convictions prior to last year's amendment of the law. The court's ruling was limited to the instant case, but its reasoning could be applied to some of the other prisoners' challenges depending on their individual circumstances.

Judge Weeks found that the prisoners met their burdens of proof under both the original and amended versions of the Act, through the use of statewide and county-specific statistical evidence, as well as non-statistical evidence. This "powerful evidence of race consciousness and race-based decision making" included hand written notes from the Cumberland County prosecutor that noted the race of potential jurors who were black, sometimes associating them with drug or alcohol abuse. The prosecutor also repeatedly noted which potential jurors lived in predominantly black neighborhoods and, on one occasion, noted that a potential juror from a "respectable black family" was "ok." The prosecutor's notes did not indicate which potential jurors were white or lived in predominately white neighborhoods. Judge Weeks' ruling also noted that prosecutors had a "cheat sheet" that instructed prosecutors how to deflect charges of racial bias in jury strikes. In one case, the prosecution struck black jurors at twice the rate of white jurors; in the other two cases, the rate was four times as high.

Judge Weeks' ruling provoked outrage among some members of the local community, and the brother of one of the victims had to be removed from the courtroom after yelling an expletive at the judge. Some community members were particularly upset because two of the cases involved the death of law enforcement officers. On April 3, 2013, the North Carolina Senate passed a new bill that would completely repeal the Racial Justice Act, demonstrating that the debate over the role of racial bias in North Carolina’s administration of the death penalty will persist for the near future.

See the Project's previous coverage of the Racial Justice Act: