Major statistical studies have shown that North Carolina prosecutors are more than twice as likely to strike black jurors as they are white jurors, and juries are two and a half times more likely to sentence a defendant to death if at least one of the victims is white.  Researchers have obtained similar results in numerous state-based and national studies conducted over the course of several decades.

The only RJA challenge decided by the courts was the case of Marcus Robinson, an African-American man sentenced to death in Cumberland County. The court found that race was a significant factor in prosecutors’ decisions to exercise peremptory juror strikes, both in Mr. Robinson’s case specifically and more generally in death penalty cases throughout the county and state. Under the Act, his sentence was automatically commuted to life without the possibility of parole.

After the enactment of the RJA in 2009, nearly all of North Carolina’s 165 death row prisoners filed challenges to their convictions under the Act. Although it is clear that no new challenges can be brought under the RJA, the prisoners who filed their claims under the RJA when it was still good law may have a vested interest in the courts hearing their claims under that law. The North Carolina courts have not yet given an indication of how these remaining cases will be handled. 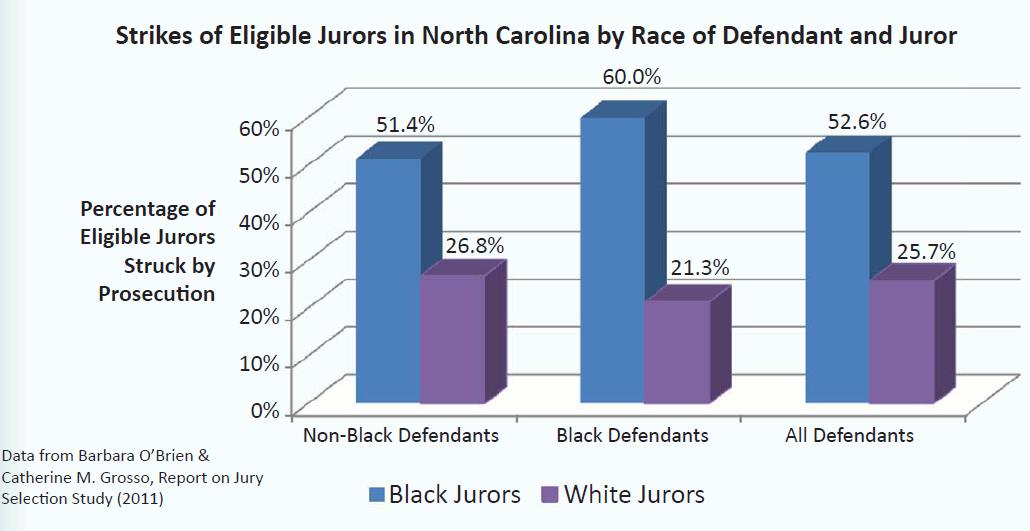