Each year the Project celebrates its dedicated volunteers at our Anniversary & Volunteer Recognition Event. Pro bono firms are nominated by their colleagues for exceptional service to prisoners on Death Row and honored with our award. Award criteria include commitment above and beyond to pro bono death penalty work through the number of death penalty cases handled; financial and hourly commitment in ratio to resources; attention devoted to the death penalty debate; significant impact on the justice system through legal victory, legislation, and/or litigation.

For more information about this event please contact the Project at (202) 662-1738 or email us at  deathpenaltyproject@staff.abanet.org .

Each year pro bono firms are nominated by their colleagues for exceptional service to prisoners on Death Row and honored with our Exceptional Service Award.

Most recently, Kaye Scholer, who has represented Percy Walton since 2002, was successful in obtaining a reprieve from Governor Kaine on June 8, 2006 just one hour before Mr. Walton was scheduled to be executed, which delayed the scheduled execution to allow for an independent evaluation of the client's mental condition and competence. Mr. Walton, a borderline-retarded schizophrenic, was originally sentenced to be executed in October 1997. Numerous appeals and habeas petitions were submitted to Virginia federal courts in an effort to stay and ultimately commute Mr. Walton’s death sentence on the grounds that Mr. Walton was only 18 at the time of his crime, is mentally retarded, and is mentally ill such that he lacks the necessary competence to be put to death. Mr. Walton’s appeals all failed, and a team of Kaye Scholer attorneys prepared for their extensive attempt at procuring clemency for Mr. Walton.

In the 1999 case of Calvin Swann v. State of Virginia, the Virginia Capital Representation Resource Center contacted Kaye Scholer to prepare a clemency petition ten days prior to Mr. Swann's execution date and after the U.S. Supreme Court denied certiorari. With support from various circles enlisted and convinced by Kaye Scholer's work, Virginia Governor James S. Gilmore III determined to make his own assessment of Mr. Swann's condition and determined he was profoundly mentally handicapped and commuted his death sentence.

A firm of fewer than 200 lawyers, Schnader Harrison Segal & Lewis LLP allocates tremendous resources to its pro bono program, and in particular to work on behalf of those facing or serving death sentences. Combined, approximately 100 Schnader lawyers, paralegals, and other personnel have spent over 15,000 hours through the years on death penalty matters. Beyond their direct involvement in death penalty litigation, the Schnader firm is enthusiastically involved in lecturing and advocating for reforms in the death penalty system. Schnader has continuously been in involved in capital pro bono representation since at least 1988, and has handled more pro bono Pennsylvania cases than any other firm in the country.

In its direct representation cases, Schnader, led by partners including Sam Silver, Ralph Wellington, and Paul Titus, has represented numerous capital defendants at the trial, appellate, state post-conviction, and federal habeas corpus stages of the criminal process. They leave no stone unturned in their vigorous representation of their capital clients.

Schnader’s thirteen year representation of one client, Florencio Rolan, exemplifies the firm’s commitment. Schnader first entered Mr. Rolan's case by successfully obtaining a last-minute stay of execution. After extensive post-conviction proceedings before the Pennsylvania state courts, Schnader secured a new sentencing trial. Schnader represented Mr. Rolan at the sentencing trial, and succeeded in getting Mr. Rolan’s death sentence vacated. Thereafter, Schnader initiated successful federal habeas proceedings, where Mr. Rolan was awarded a new trial on the merits. They later preserved that victory in the Third Circuit. Schnader then represented Mr. Rolan at trial in hopes of winning Mr. Rolan his freedom. When that did not occur, they took the case on appeal, where it remains today.

Schnader brings the same level of commitment, passion, and expertise to each of their death penalty cases, earning the respect of Philadelphia’s Bench and Bar. Whether directly representing death row inmates, submitting amicus briefs in death penalty cases, or advocating for reform in the death penalty system, Schnader has been an active voice on behalf of capital defendants in Pennsylvania and across the country.

After graduating from the University of Pennsylvania Law School in 1960, Anthony Amsterdam clerked for Justice Felix Frankfurter and then served as an Assistant United States Attorney in the District of Columbia. In 1962, he took his first teaching position at the University of Pennsylvania. He moved to Stanford in 1969, where he later was named the Montgomery Professor of Clinical Legal Education, the first endowed clinical chair in American legal education.

In 1981, he came to New York University School of Law to serve as Director of Clinical and Advocacy Programs. Amsterdam has served on the ABA Task Force on Law Schools and the Profession (The MacCrate Task Force), chairing its committee to prepare the "Statement of Fundamental Lawyering Skills and Professional Values." In 1975 he won Stanford's Hurlbut Award for Excellence in Teaching and in 1989 he received New York University's Great Teacher Award.

Throughout his career Amsterdam has engaged in an extensive pro bono practice. Serving a wide variety of civil rights, legal aid, and public defender organizations, he has appeared in small-town courtrooms, the kitchens of rural Justices of the Peace, and the Supreme Court of the United States. In Furman v. Georgia, he persuaded the Court that the death penalty was unconstitutional. He has litigated cases ranging from death penalty defense to claims of access to the courts for the detainees at Guantanamo Bay, Cuba; claims of free speech, free press, and freedom of NEA grantees from censorship; and claims of privacy and equality of opportunity for racial minorities and poor people.

Professor Amsterdam, the author of dozens of books and articles, is also one of the most influential legal scholars of his generation. He is credited with writing the article that initially conceptualized the first amendment doctrine of overbreadth, and his treatise on criminal defense is the definitive work in the field. 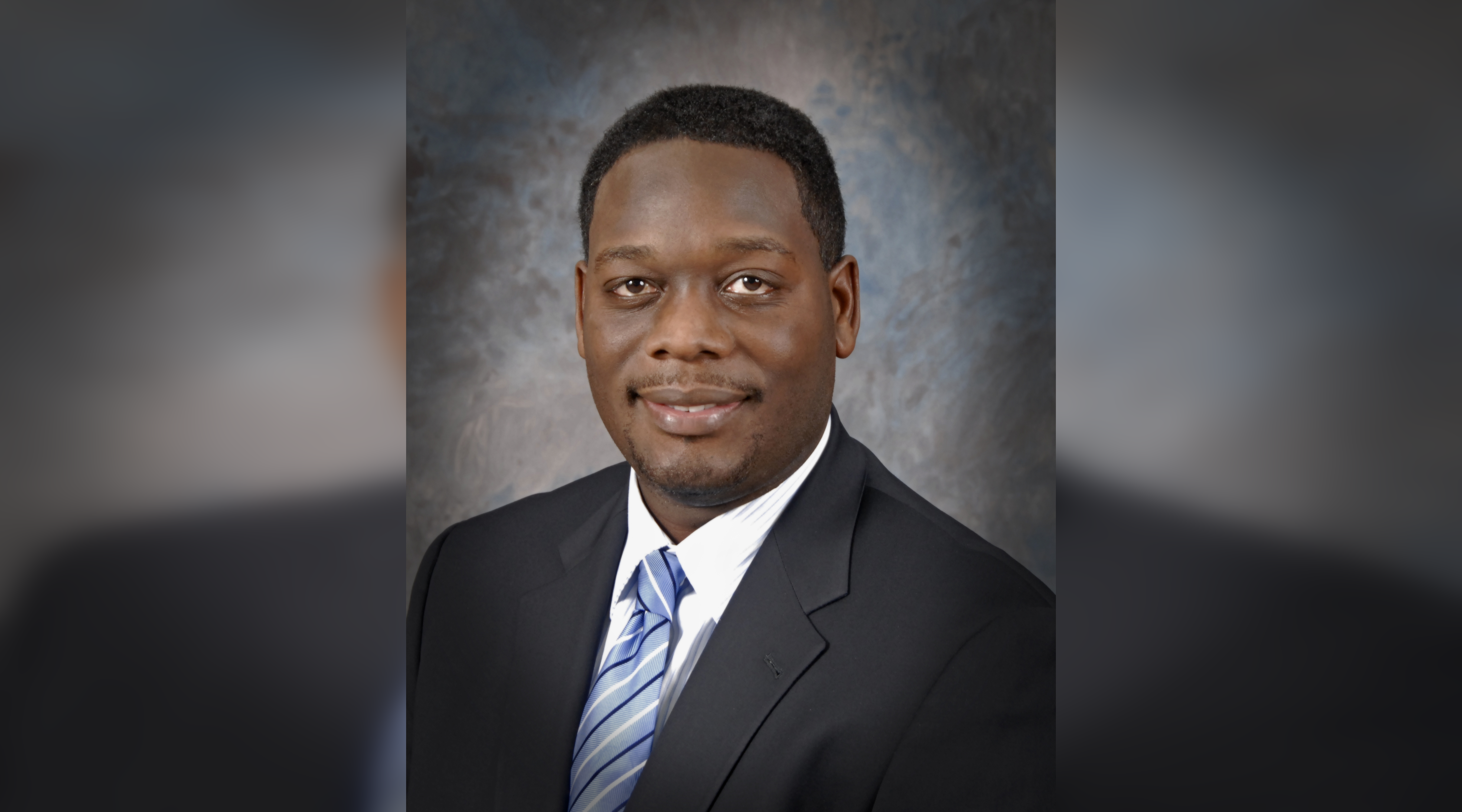 Craig Watkins, a Dallas native, was inaugurated on January 1, 2007, as the Criminal District Attorney (DA) for Dallas County, Texas. He is the first African-American elected to that position in Texas.  As DA for Dallas County, his “smart on crime” philosophy engages innovative strategies throughout the prosecutorial process and seeks to address the root causes of crime.  Watkins’ interest in conviction integrity led him to partner with the Innocence Project of Texas to aid the wrongfully convicted.

Watkins, who was educated in the Dallas public school system, received a Bachelor of Arts degree in political science from Prairie View A&M University and a law degree from Texas Wesleyan University School of Law.  He has received numerous honors and awards for his outstanding accomplishments in the community from an array of organizations and groups, including Texas Lawyer’s IMPACT LAWYER OF THE YEAR 2007 and Dallas Weekly’s MAN OF THE YEAR 2007.

Sponsorship of this event provides us with critical funding that allows us to continue our work year-round. If you would like to learn more about general sponsorship opportunities, please contact the Project at (202) 662-1738.

To make a tax-deductible financial contribution to the Project and become a part of our life-saving work, you can make a donation online or visit our donation page for additional options.