The Project celebrated the outstanding contributions of volunteer firms and individuals at its 2013 Volunteer Recognition & Awards Event on September 26, 2013, in Washington, DC.

Thank you to our speakers, sponsors, award winners, and everyone who joined us for a memorable and inspirational evening celebrating the achievements of our volunteer attorneys! We hope to see everyone back next year when we will again be in Washington, DC for our 2014 Awards Celebration.

Every fall, the Project celebrates volunteer lawyers at its Volunteer Recognition & Awards Dinner. Pro bono firms are nominated by their colleagues for exceptional service to death row prisoners and honored with the Exceptional Service Award.

The Project is proud to honor Morgan, Lewis & Bockius LLP for its exceptional commitment to pro bono death penalty representation over the past two decades. Since 1988, the firm has devoted more than 55,000 hours of legal personnel time to its work on behalf of individuals on death row. Through their dedicated efforts, volunteer attorneys at Morgan Lewis have won victories for their death-sentenced clients that include a life sentence, a new sentencing hearing, a new trial, and a full acquittal and release from death row.

The Project is proud to honor the law firms of Carrington, Coleman, Sloman & Blumenthal, LLP and Lewis Roca Rothgerber LLP with the Project’s 2013 Exceptional Service Award for their decades of pro bono representation and their outstanding work representing Manuel Velez, a Texas man wrongfully convicted of capital murder. These two small firms joined forces to create an unbeatable team of litigators who fought for Manuel over five years. In 2013, the team succeeded in overturning Manuel’s conviction and death sentence and won him a new trial. The firms’ unique partnership, relentless efforts, and dedicated relationship with Manuel and his family are among the many reasons they are deserving of recognition.

The Project is proud to honor Denny LeBoeuf as the 2013 recipient of the John Paul Stevens Guiding Hand of Counsel Award for her lifelong commitment to providing the highest quality legal representation for persons on death row.

Denny is currently the Director of the ACLU Capital Punishment Project. She has been a capital defender for more than 25 years, representing persons facing death at trial and in post-conviction in state and federal courts. Denny also serves as the Director of the ACLU’s John Adams Project, assisting in the defense of capitally charged Guantanamo detainees. In New Orleans, Denny focused on improving the quality of legal representation post-Katrina as Chair of the Orleans Parish Public Defenders Board and coordinated the reform and restoration of indigent defense. She was the founding director of the Capital Post-Conviction Project of Louisiana and founding co-director of the Center for Equal Justice in New Orleans.

Denny works closely with the Project, actively assisting with recruitment efforts and providing invaluable guidance and training to the Project’s volunteer law firms. She also participated in developing the 2003 ABA Guidelines for  the Appointment & Performance of Defense Counsel in Death Penalty Cases.

Our featured speakers at the 2013 Awards Event were volunteer attorney Steven Kaplan of Fredrikson & Byron, recipient of the 2011 Exceptional Service Award, and his former client, Damon Thibodeaux, who recently became the 300th person to be exonerated based on DNA evidence after spending 15 years on death row in Louisiana.

Your sponsorship of this event provides us with critical funding to continue our important work. Your financial contribution is more important than ever. 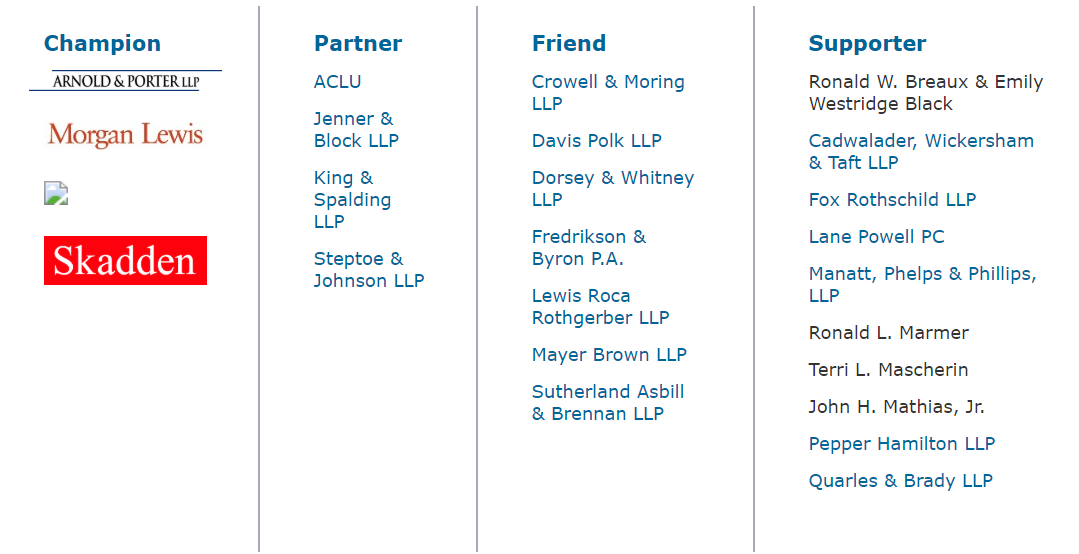