Each year the Project celebrates its dedicated volunteers at our Anniversary & Volunteer Recognition Event. Pro bono firms are nominated by their colleagues for exceptional service to prisoners on Death Row and honored with our award. Award criteria include commitment above and beyond to pro bono death penalty work through the number of death penalty cases handled; financial and hourly commitment in ratio to resources; attention devoted to the death penalty debate; significant impact on the justice system through legal victory, legislation, and/or litigation.

For more information about this event please contact the Project at (202) 662-1738 or email us at deathpenaltyproject@staff.abanet.org .

Each year the American Bar Association Death Penalty Representation Project celebrates its volunteer death penalty lawyers at its Volunteer Recognition Event. Pro bono firms are nominated by their colleagues for exceptional service to prisoners on death row and honored with our award.

Bradley Arant Boult Cummings LLP, a Birmingham, Alabama-based firm, has made a unique commitment to ensuring that death-sentenced prisoners have access to high-quality legal representation. Since 1988, the firm has filled multiple roles in the post-conviction process, acting as lead counsel for five death row prisoners and serving as local counsel for out-of-state volunteer law firms representing another 17 individuals on death row in Alabama.

Fish & Richardson PC, an intellectual property and patent litigation firm, has demonstrated a serious and valuable commitment to providing pro bono assistance in death penalty cases around the country. Despite the economic uncertainties that have affected the legal market since 2008, Fish has increased its efforts in recent years to ensure justice for death-sentenced prisoners.

The Death Penalty Representation Project and its thousands of volunteer attorneys have been inspired and sustained by Justice John Paul Stevens throughout his distinguished tenure at the Court. We are indebted to Justice Stevens for his support of pro bono service, which he has long championed, and his commitment to the right to counsel. Writing in his dissent in Murray v. Giarratano in 1989, he said, “[I]t is fundamentally unfair to require an indigent death row inmate to initiate collateral review without counsel’s guiding hand.”

Since his retirement from the Court, Justice Stevens has continued to be an influential voice for the most vulnerable members of our society and for changes that will give meaning to our constitutional protections. The John Paul Stevens Guiding Hand of Counsel Award was created in 2011 to recognize an individual volunteer lawyer who has demonstrated the kind of courage and commitment associated with Justice Stevens.

The Project is proud to present the 2012 John Paul Stevens Guiding Hand of Counsel Award to George H. Kendall for his life-long commitment to ensuring justice for the men and women on death row. In addition to personally representing more than 40 death row prisoners, George has mentored young pro bono fellows, served as an advisor to defense attorneys at non-profit organizations, taught courses at law schools, and recruited volunteer attorneys from private law firms to donate their time and skills on behalf of death row prisoners. 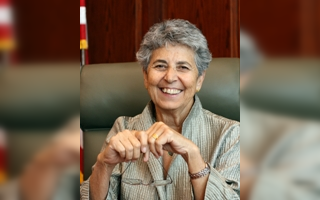 The Project is honored to welcome Judge Rosemary Barkett of the United States Court of Appeals for the 11th Circuit as our keynote speaker for the 2012 Volunteer Recognition and Awards Event. Before her appointment to the 11th Circuit, Judge Barkett served on the Florida Supreme Court, where she was that court’s first-ever female chief justice.

[T]he reality is that death row inmates’ access to competent, post-conviction legal representation is at best inconsistent and at worst non-existent and their ability to communicate freely and actively participate in their litigation is seriously compromised. Under this reality, I question whether strict adherence to the principle that a death row inmate must bear the consequences of his lawyer’s negligence is fair or just.

Judge Barkett has earned dozens of prestigious honors throughout her career, including being named a “Legal Legend” by the 11th Judicial Circuit Historical Society. She was also awarded the Margaret Brent Women Lawyers of Achievement Award presented by the ABA Commission on Women in the Profession, the Latin Business and Professional Women Lifetime Achievement Award, and the Judicial Achievement Award for her efforts in protecting the rights of the individual. She is a member of numerous professional associations, boards, and committees, including the American Bar Association Rule of Law Initiative (ROLI) board, and she is Chair of ROLI’s Middle East Initiative. 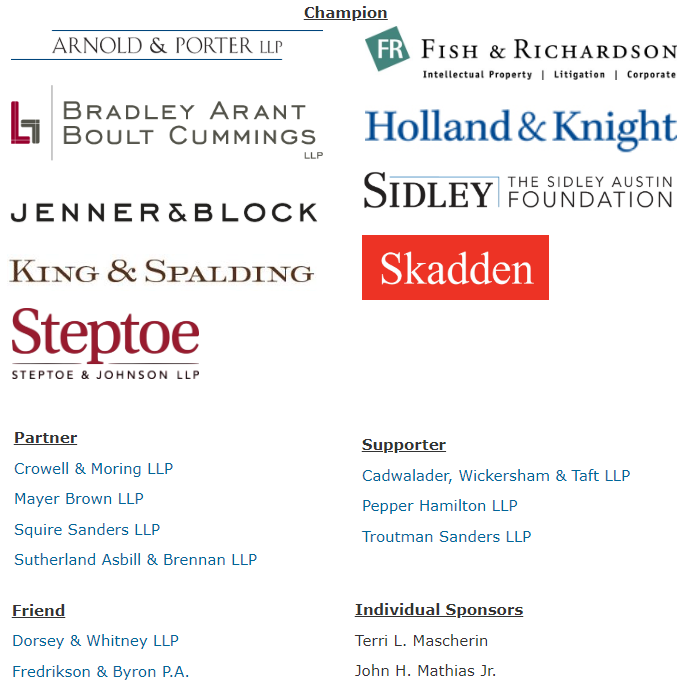 Thank you to our 2012 event sponsors!