On September 14, 2011, the Project celebrated its 25-year history and honored the exceptional work of volunteer firms Arnold & Porter, Dorsey & Whitney, and Fredrikson & Byron.  The Project also presented a special award to U.S. Supreme Court Justice John Paul Stevens for his lifetime of work and unwavering dedication the principle of equal justice for all.  Finally, special guest Anthony Graves spoke about his experience serving 18 years in prison, 12 of them on death row, for a crime he did not commit.

The ABA created the Death Penalty Representation Project in 1986 to help ensure that every person facing a possible death sentence receives a fair trial and has the assistance of a good lawyer.

During the last 25 years the Project has raised awareness about the lack of representation available to death row prisoners, addressed this urgent need by recruiting and training volunteer attorneys, and implemented systemic changes to capital counsel systems. The Project has recruited the country’s top law firms to work on hundreds of pro bono death penalty cases. Our volunteers have contributed skills, more than one million pro bono hours, and many hundreds of thousands of dollars to this cause. They have also saved the lives of countless men and women.

Every fall, the Project celebrates volunteer lawyers at its Volunteer Recognition & Awards Dinner. Pro bono firms are nominated by their colleagues for exceptional service to death row prisoners and honored with the Exceptional Service Award.

Arnold & Porter’s pro bono program has long been defined by its commitment to representing unpopular clients. As part of this commitment, Arnold & Porter has worked on behalf of numerous death row prisoners over the years. The firm currently represents two death-sentenced prisoners in Pennsylvania and one in Georgia and has dedicated more than 50,000 hours to pro bono death penalty representation work.

Dorsey & Whitney has long been a leader in both pro bono death penalty representation and in education about the problems with capital representation. Over the past 25 years, the firm has represented eight individuals on death row in states such as Louisiana, Alabama, Texas, and Indiana—far from its principal office in Minnesota. Dorsey attorneys teach law school seminars on the death penalty and also frequently speak about death penalty work at schools and in the legal community.

For nearly 25 years, Fredrikson & Byron has made a unique commitment to representation of death-sentenced prisoners in Louisiana. Its 250 attorneys draw inspiration from Robert F. Kennedy, who is quoted on the firm’s webpage: “As long as a man is handicapped before the bar of justice because of his poverty, our task as lawyers is not done.”

When Justice John Paul Stevens retired from the United States Supreme Court on June 29, 2010, he was the third longest-serving justice in history. During his lengthy tenure, Justice Stevens authored many opinions expressing concerns about injustices in the administration of the death penalty, including racial bias, limitations on the courts’ abilities to correct constitutional violations, and lack of access to competent counsel. He has been described as a “champion of the powerless” in recognition of his advocacy for the rights of criminal defendants, including those on death row.

After 18 years of proclaiming his innocence, Anthony Graves was released from prison on October 27, 2010. In 1992, Anthony was convicted of capital murder and sentenced to death for a gruesome crime he did not commit: the murders of a grandmother, her daughter, and her four grandchildren. New information allowed Anthony’s counsel to raise a Brady claim, which ultimately convinced the Fifth Circuit Court of Appeals to overturn his conviction and order a new trial. After investigating the case for five months, and prompted members of Anthony’s legal team, the specially assigned prosecutor filed a motion to drop the charges, concluding no evidence connected Anthony to the crime and that he was innocent. After twelve years on death row and another six years in prison, Anthony was finally free to go home to his family.

Thank you to our event sponsors! 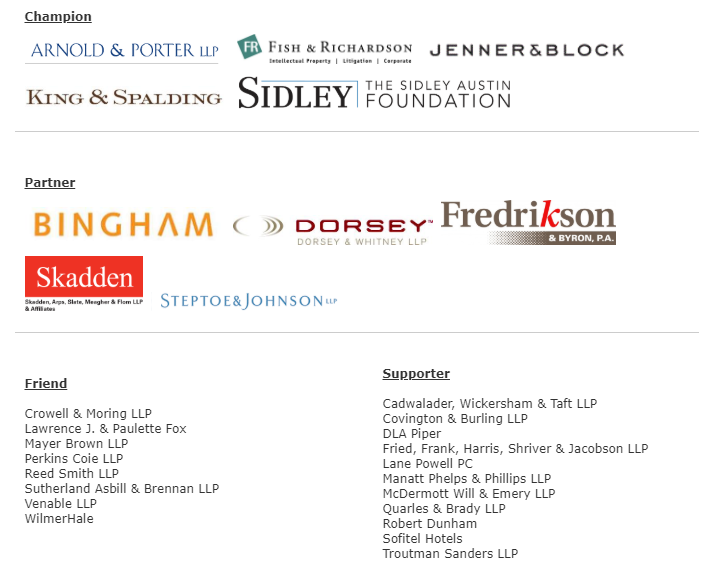