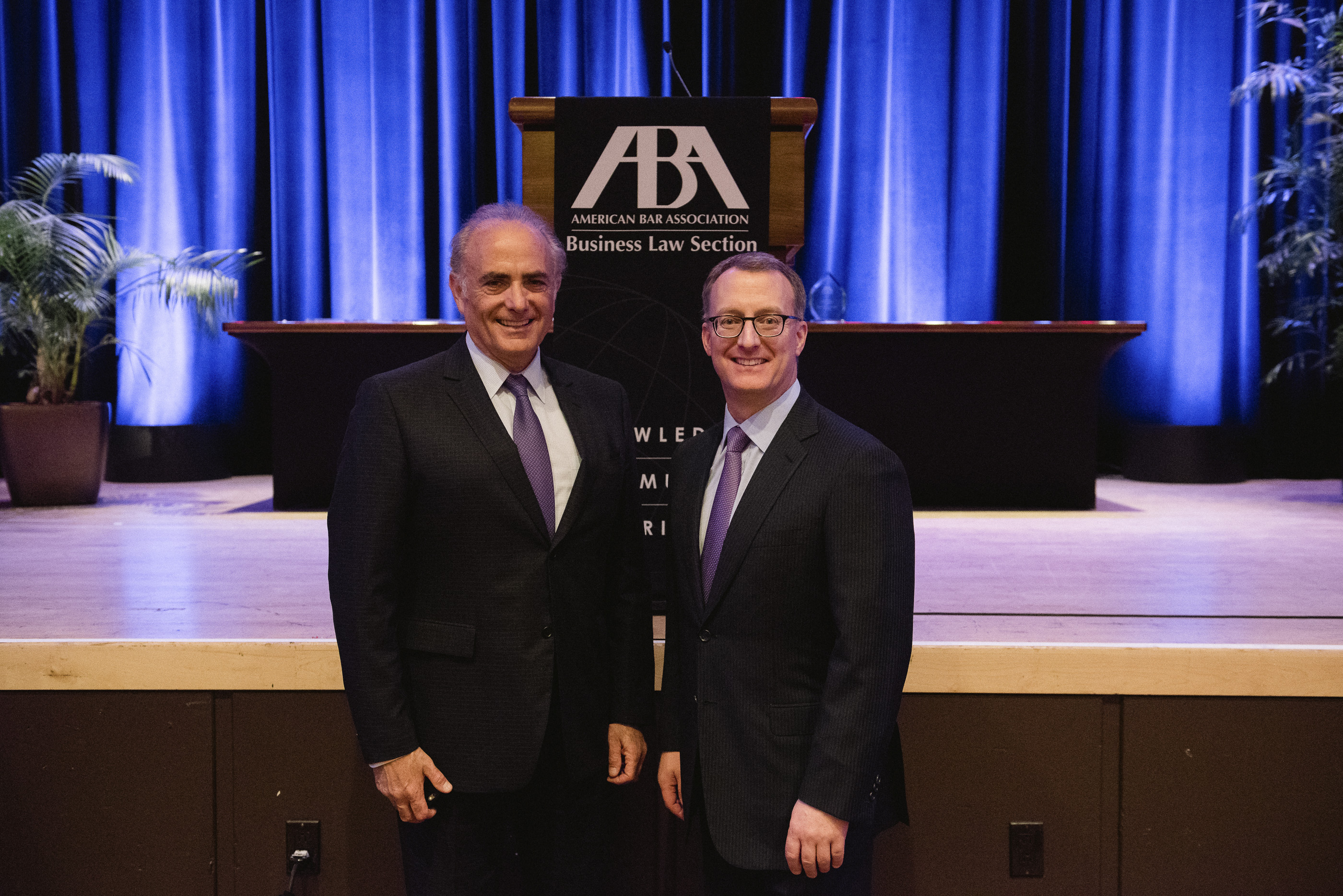 Calin Rovinescu, president and CEO of Air Canada, addressed the ABA’s Business Law Section members at its Spring Meeting Luncheon in Montréal last week. Rovinescu, a seasoned lawyer with Stikeman Elliott for more than 20 years, told the members that the ABA was his first introduction to the service industry.

“In 1975, before I started law school at the University of Montréal,” said Rovinescu, “I was a greeter for the ABA at its Annual Meeting in Montréal. My first one-on-one experience with many lawyers taught me to be quick on my feet. I studied up on Montréal history, culture, and tourist destinations to be well informed.”

Rovinescu’s thoroughness and attention to detail have served him well during his career. Before joining Air Canada, he was the managing partner of Stikeman Elliott, where he focused on corporate finance and mergers and acquisitions. Rovinescu was appointed president and CEO of Air Canada in 2009, and he is also chairman of the Star Alliance Chief Executive Board.

The years 2008 and 2009 were two of the most challenging years ever in commercial aviation history. Along with all the major airline carriers, Air Canada also faced grim statistics: a billion-dollar operating loss; unfunded pension obligations; and a stock price of less than $1.

According to Rovinescu, he learned two lessons during his first days as CEO: (1) do not be shy in your actions when all is at its bleakest; and (2) play to your strengths. Rovinescu first concentrated on emphasizing the unique selling points of Air Canada, such as its dedicated and diverse work force, strategic placement in many markets, and nimble management staff, and began to make changes that resulted in solid improvements. How successful? In 2015, Air Canada made its biggest profit ever – $1.2 billion – and its share price has risen by 800 percent. Equally impressive, Air Canada can now boast that its pension fund has a $1.3 billion surplus.

How did Rovinescu finesse such a turnaround? “To be a global champion, you have to seize risks and expand. I created a culture of entrepreneurship which, in turn, fosters success,” Rovinescu explained. “Equally important is having a global mind-set. I realized that 90 percent of Air Canada’s growth is in international markets, and we began to invest wisely outside the Canadian market.”

Still, to thrive in a hypercompetitive industry landscape, Rovinescu believes that it is necessary to have a fair playing field complimented by competitive, doable regulations rather than regulations that inhibit – or stifle – growth. “Regulation uncertainty is never a good thing,” said Rovinescu. “You can’t have a ‘Frankenstein patchwork approach.’ Good regulations, such as Canada’s Blue Sky Policy which promotes connectivity between all Canadian regions and the world, always bring positive benefits.”

Calin Rovinescu is optimistic about Air Canada and its future among commercial airlines, as well as securing its reputation as a global iconic brand. His advice to the lawyers in attendance: “Embrace constant change.” Change is a major part of Rovinescu’s global champion “playbook,” and it has served him, his employees, and the airline industry well.