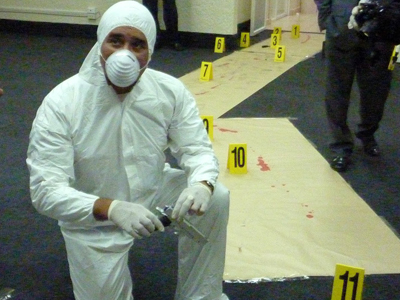 Despite progress on numerous fronts, many Central American countries continue to be challenged by staggering levels of violence and insecurity. When combined with the increased prevalence of drug trafficking, these forces are both a cause and an effect of economic and social marginalization. Criminal networks linked to narcotics and arms trafficking have undermined reform efforts and robbed citizens of the peaceful pursuit of their livelihoods. To help break this cycle, CARSI will strengthen security in Central America by working both bilaterally and regionally. This integrated and collaborative approach will help stem national and transnational crime, promote the rule of law and, above all, improve lives.

ABA ROLI programs will support CARSI through a range of programmatic activities, including criminal law, judicial and juvenile justice reforms. As part of our criminal law and judicial reform work in Belize and Guatemala, we will provide technical assistance with the aim of increasing local capacity to investigate, manage and prosecute narcotics and transnational crime cases. The program will introduce streamlined case processing systems that will improve court administration and accountability, while trainings for investigators and prosecutors will strengthen their ability to combat highly-organized and sophisticated criminal syndicates.

ABA ROLI programs in Belize and Nicaragua will focus on developing holistic approaches to juvenile justice. Criminal justice systems that focus primarily on punitive measures to promote security, including several in Central America, have historically had the unintended consequence of increasing criminality among youth. To prevent recidivism and promote the social rehabilitation, juvenile justice systems should emphasize the well-being of the juvenile and ensure that any reaction is proportionate to the circumstances of both the offender and the offense. To this end, ABA ROLI will facilitate dialogue between key stakeholders in government and civil society to formulate national strategies for juvenile justice reform that promote mediation and other non-punitive mechanisms for juvenile offenders.

For more information about the ABA Rule of Law Initiative’s work in Central America, contact <rol@staff.abanet.org>.