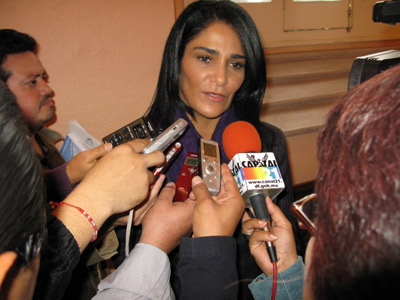 On August 27, the ABA Rule of Law Initiative (ABA ROLI) released the findings of the Human Trafficking Assessment Tool (HTAT) implemented in Mexico. The HTAT was developed by ABA ROLI to measure compliance with the United Nations’ Protocol to Prevent, Suppress and Punish Trafficking in Persons, Especially Women and Children.

The report is the result of factual and legal research conducted in Mexico from 2007 to 2009. ABA ROLI interviewed 78 government and civil society actors involved in human trafficking prevention, the prosecution of perpetrators and the protection of victims. Legal analysis included a study of the primary federal legislation, the Law to Prevent and Penalize Trafficking in Persons, which was passed by the Mexican Congress in 2007, and of its 2009 accompanying regulations.

The HTAT highlights the efforts of local and international non-governmental organizations (NGOs) that provide assistance to human trafficking victims. Between 2002 and 2007, these groups uncovered 300 cases of trafficking in persons and helped 1,500 Mexican victims in the United States. The report also recognizes advances in Mexican legislation intended to combat human trafficking, but it also notes a worrisome lack of prosecution of these cases. For example, the Special Prosecution Unit for Violent Crimes against Women and Human Trafficking has to date investigated 24 cases, issuing only two formal indictments.

“So far there have been no convictions, which is a very serious problem,” said ABA ROLI Consultant Gretchen Kuhner, who served as the report’s primary assessor. “But the law against trafficking in Mexico is very new, and more time is needed to evaluate its implementation.”

Panel moderator Mario Fuentes, director of the Centre for Studies and Research in Social Development and Assistance, summarized the discussion stating that, “As long as political will to combat trafficking is lacking and until further legal changes are adopted, nothing is going to change.”

The HTAT and its results were widely discussed in the Mexican media after its release. More importantly, this coverage generated discussion about the efficacy of the government response to this horrific crime, which is estimated to victimize between 20,000 and 50,000 people per year in Mexico.

Please view the text of the report, available in English and in Spanish.

To learn more about the ABA Rule of Law Initiative’s efforts to combat human trafficking or its work in Latin America and the Caribbean, contact <rol@staff.abanet.org>.