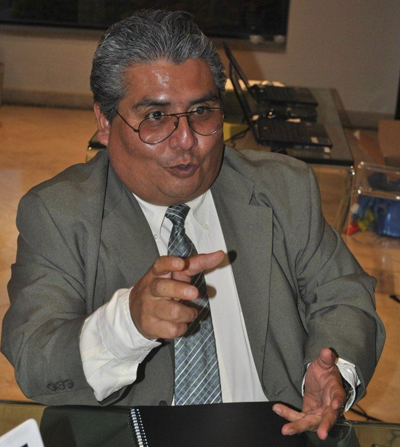 López Thomas shares his experience litigating under the inquisitorial system in Oaxaca.

In his 23-year career as a criminal defense lawyer, Gerardo Francisco López Thomas boasts a record of nearly 5,000 litigated cases. A native of the Mexican state of Oaxaca and a graduate of the Universidad Regional del Sureste, Thomas attributes his success to the trust that he builds among his clients—something that first attracted him to the criminal defense field. Before taking a new case, he always asks his clients to give him three things: “trust—so that my clients and their families have faith in me and my knowledge; a calm attitude—so that they do not feel pressed for time; and patience—because trials can be very long.”

However, Thomas has traditionally struggled to establish the same level of trust in the Mexican legal system. Plagued by delays and inefficiencies, it frustrates his goal of seeking justice for clients. Thomas ties these problems to the government’s approach of trying all cases indiscriminately regardless of their seriousness, clogging court dockets and wasting precious judicial resources. He estimates that “only 15-20% of cases are really the type that should be going through the process of a trial, based on their importance, their significance, cases such as homicide, rape, kidnapping. The other 80% should never go to trial; they should be resolved through alternative solutions, as trials are very expensive for the state.”

Thomas recalls an example of the latter scenario in which a minor injury case lasted over one year due to forensic and medical evaluation requirements. The time and energy expended on such minor cases detracts from larger, more severe crimes that should be prioritized on the court docket. Thomas argues that it is equally costly for clients that have not even been convicted of such petty crimes. He remembers a case in which a client accused of physical abuse was sent to jail for over one year due to his inability to post roughly $400 bail. Thomas asserts that “the system is full of cell phone robberies, threats, slander, injuries from bar fights, fender benders, etc.” Trying all of these cases is very expensive for the system and for the people.

Nonetheless, Thomas is optimistic about the future, as the implementation of the 2008 constitutional amendment will transform the justice system from an inquisitorial, writing-based regime to an oral adversarial system offering more efficiency. To adapt his practice to the new legal framework, he participated in an ABA Rule of Law Initiative (ABA ROLI) course on trial advocacy skills, held in Oaxaca from November 8–12, 2011. Before attending the program’s course, he had not had the opportunity to attend any training workshops on the new criminal justice system because they are often time-consuming and costly. In contrast, the ABA ROLI course schedule and free admission enabled him to participate.

Even though the new system has not yet been implemented in the city of Oaxaca, Thomas has already had the opportunity to use the skills he learned in ABA ROLI’s course. “At the moment, I have four clients detained by the police,” he explained, “and if they are presented at midnight before the judge, I now know to create a theory of the case for each one of them, as explained in the course this morning.” Based on what he has learned in the course, Thomas thinks that the new system will be better and more equitable for all parties: prosecutors, judges and lawyers. “It will be a tool, and not an easy one, but one that will help apply justice in a way so that people become aware of their rights.”

With continued funding from the United States Agency for International Development, ABA ROLI will hold additional trial advocacy trainings throughout 2012.

To learn more about our work in Mexico, contact the ABA Rule of Law Initiative at rol@americanbar.org.