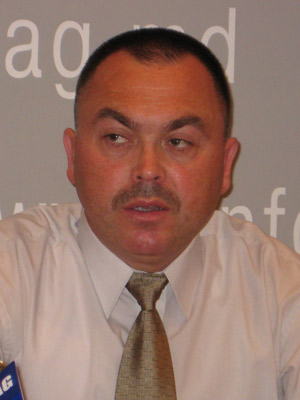 This order is the culmination of months’ hard work by the CLC and ABA ROLI. While Moldova ratified legislation to prevent and combat domestic violence in September 2008, associated procedural legislation has not been amended, hindering issuance of protection orders for domestic violence victims. However, Moldova is a party to the Convention on the Elimination of all Forms of Discrimination against Women and other relevant international conventions, and Moldovan procedural legislation provides for the application of relevant international laws on human rights issues where domestic legislation conflicts. This means that judges could apply such laws to issue domestic violence-related protection orders. They could also apply other procedural law provisions that refer to the protection of a victim in general.

To raise awareness of this legal avenue, ABA ROLI partnered with the United Nations Population Fund and the National Institute of Justice to train judges, prosecutors and lawyers on invoking international domestic violence laws and provisions. The concerted efforts have now started to bear fruit. Oboroceanu appealed for the issuance of a protection order, convincing the judge of the need to protect the life of the domestic violence victim and her minor child.