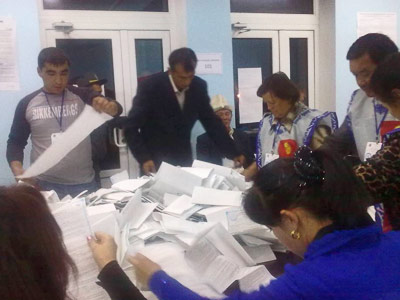 ABA ROLI, in cooperation with the Supreme Court of Kyrgyzstan, trained 167 judges, during which the chairman of the Central Elections Commission and several Supreme Court judges discussed the specifics of the elections code. ABA ROLI staff attorneys also worked with Supreme Court judges to produce a benchbook on deliberating election disputes.

During the elections, ABA ROLI trained 200 legal observers and stationed them at 50 precincts throughout Kyrgyzstan to monitor polls. The observers identified incorrect voter identification and unlawful voter busing to alter poll results as the most common complaints. The observers’ report will be provided to the Central Elections Commission to support preparations for the fall 2011 presidential elections.