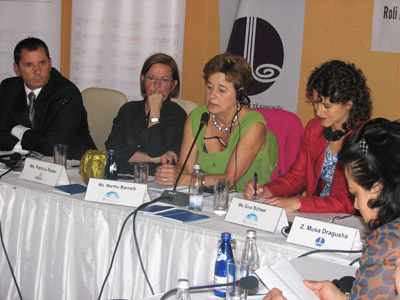 ABA ROLI board member Martha Barnett addresses the roundtable on the Kosovo Chamber of Advocates' role in the justice system and its mandates under the revised Kosovo constitution.