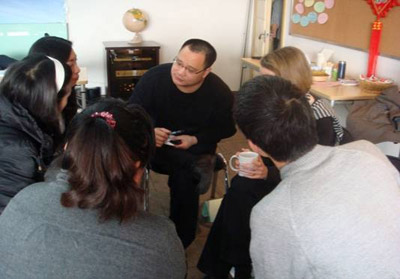 Since April 2008, the ABA Rule of Law Initiative (ABA ROLI) and the China Association for Non-Governmental Organization Cooperation have held a series of discussions among non-governmental organization (NGO) advocates, government officials and scholars on legal issues related to the development and operation of NGOs in China. A February 21 discussion focused on the NGO registration process.

While NGOs are required to register to operate in China, the registration process is not always smooth. NGOs need to identify a government unit—referred to as the leading unit—to sponsor their registration. Yet, there are no clear procedures on how NGOs should find one, with personal relationships often playing a significant role. Some local governments are taking steps to ease the leading unit requirement, which could serve as models for national reform. The Guangdong government has eliminated the requirement for industry and professional associations. In other cities, local bureaus of civil affairs are playing the leading unit role to facilitate NGO registration. In Qingdao, officials are allowing NGOs to attain quasi-official status by listing them in a “public record” system prior to official registration.

On February 21, representatives from the Ministry of Civil Affairs, which oversees NGOs, local bureaus of civil affairs and civil society discussed the most promising local experiments. Participants brainstormed priority issues in four smaller discussion groups, each with one government representative, and provided recommendations. Participants recommended that the government continue to develop the “public record” approach to encourage the establishment of grassroots NGOs. They called for a more transparent and predictable registration process, and tax exemptions for NGOs and tax deductions for donors. They also called for a pilot registration project in Beijing to boost the collective impact of the local pilot projects.

Participating government officials said they would consider the recommendations to update the current legal framework and to promote NGO-friendly policies. Government and non-governmental organization representatives said the discussions allowed them to exchange views and come to a better understanding about NGO registration and operation.

ABA ROLI and the China Association for NGO Cooperation will host a similar discussion in Chengdu in May 2009 focusing on China’s legal framework for charitable giving.