Abdelrahman Al-Gasim is a Sudanese human rights lawyer who has been living as a refugee in Uganda since 2012. In 2000, Abdelrahman helped to found the Darfur Bar Association (DBA)—an independent, non-profit association of Darfuri lawyers and jurists that provides pro bono legal services to those in need and advocates for cultural understanding, respect for human rights and peace. Even though it led to his exile, his commitment for human rights in Sudan remains unwavering. 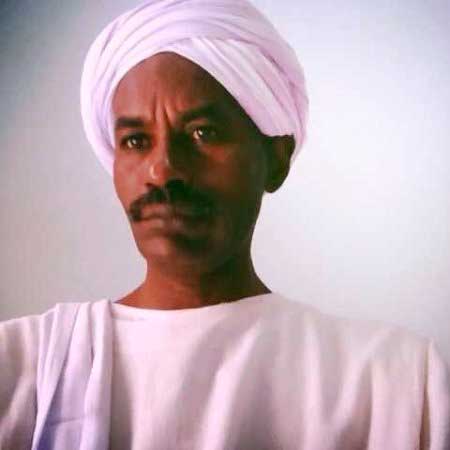 In September 2010, Abdelrahman Al-Gasim—representing the Darfur Bar Association before the United Nations Human Rights Council in Geneva, Switzerland—asked the UN to extend the mandate of an independent expert on the human rights situation in the Sudan.

Abdelrahman and his colleagues established the DBA in response to the humanitarian crisis in Darfur. He says that no national organization was talking about the human rights abuses there. “[W]e started the organization [DBA] because the Sudanese Bar Association was not independent due to political interference by the government.”

In September 2010, Abdelrahman—representing the DBA before the United Nations Human Rights Council in Geneva, Switzerland—asked the UN to extend the mandate of an independent expert on the human rights situation in the Sudan. Shortly after his return home, Abdelrahman—along with several other human rights defenders—was arrested while attending a meeting at the Khartoum headquarters of the Human Rights and Advocacy Network for Democracy. They were blindfolded, thrown into a pickup truck and driven to an unknown location, where “we found ourselves face-to-face with armed security officers,” recalls Abdelrahman. “They started to beat us with their boots and sticks while insulting us …. This went on for three hours.” Detained without due process, Abdelrahman was subjected to intense interrogations focused on his connections with various international human rights organizations, his advocacy at the UN, his work to advance women’s rights in Sudan and his efforts to provide information to the International Criminal Court. Dozens of regional and international organizations, including the American Bar Association, advocated to UN human rights bodies, the African Commission on Human and Peoples’ Rights and the Sudanese government for the lawyers’ release.

Abdelrahman says that the detainees could hear each other being beaten and crying. “It was heinous.” They endured torture, including sleep deprivation, humiliation, severe beatings with plastic pipes and threats of rape. A couple of days later, they were blindfolded and taken to the premises of the National Intelligence and Security Service (NISS) in Khartoum, where the interrogation and beatings continued for three days. When a high-ranking NISS officer visited, the detainees complained of the inhumane treatment, and the beatings stopped. Yet, packed with more than 20 people to a 3 meter by 3 meter cell, the detainees continued to be deprived of their basic human rights. They had no access to toilet at night and were living in unsanitary conditions. Abdelrahman says he was held incommunicado for “50 days … without newspapers, radio, legal assistance or medical visits” until he was transferred to Kober Prison in late December 2010.

On January 21, 2011, Abdelrahman was released on bail. Five months later, he says, “they charged me and several others.” Each of the 13 charges he faced, including propagation of false news, criminal conspiracy, undermining the constitutional system and espionage, carried a life-in-prison or death sentence. On December 4, 2011, all charges were dismissed for lack of sufficient evidence. Still, he remained under suspicion. The NISS placed his law office under surveillance and monitored his whereabouts. This persistent harassment made Abdelrahman flee his country and seek refuge in Uganda. From there, he continues his human rights advocacy, including by serving as the DBA’s spokesperson.

In October 2011, the ABA Rule of Law Initiative (ABA ROLI) began to work with the DBA to strengthen the capacity of Darfuri lawyers to protect human rights in Sudan. Based on a needs assessment that ABA ROLI and the DBA conducted, ABA ROLI organized a week-long workshop in Dar es Salaam, Tanzania, in June 2012. A total of 10 Sudanese human rights lawyers attended the training, which focused on the documentation of human rights abuses, effective advocacy before the African Commission on Human and Peoples’ Rights (African Commission) and strategies for enhancing personal security while advocating for human rights. Abdelrahman took part in that training and has since attended two ABA ROLI-organized advanced advocacy workshops, which were coupled with missions by DBA lawyers to engage with the African Commission. These engagements allowed Abdelrahman to speak on several panel discussions, highlight the human rights conditions within Sudan and expand the DBA’s network of allies and supporters.

With ABA ROLI’s technical assistance, last year, Abdelrahman and his DBA colleagues also filed a legal complaint with the African Commission against the detention and death sentences of seven Sudanese prisoners convicted after trials that don’t meet international due process standards. The African Commission is currently reviewing the complaint.

Along with his colleagues, Abdelrahman continues to strive for an improved human rights situation in his country. “Although I must remain in exile, I continue to care about the fight for human rights in Sudan,” he says. As he continues to strive for an increased awareness about the human rights challenges in the Sudan, he says he’s grateful to the support he gets. “ABA was one of the first organizations which contacted the DBA,” he says, “we thank them so much for their partnership and the legal support that has been provided.”

The partnership between ABA ROLI and the DBA has been supported by grants from the U.S. Special Envoy to Sudan and South Sudan, as well as the National Endowment for Democracy.

To learn more about our work in Sudan, contact the ABA Rule of Law Initiative at rol@americanbar.org.